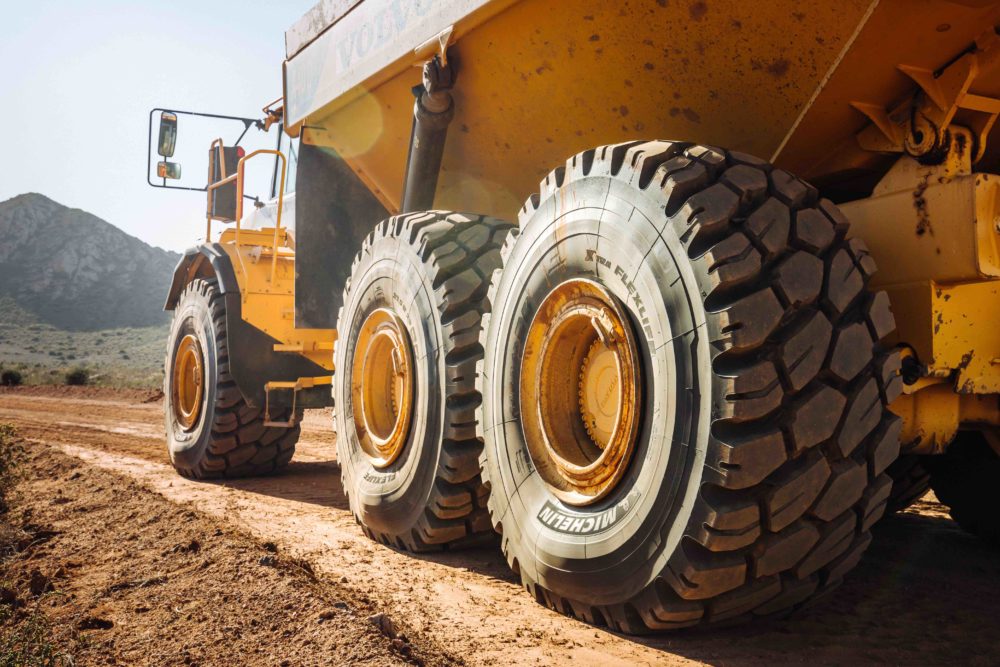 Michelin will be shortly launching a new generation of tires for the earthmover market. The new tires are especially designed to extend tire life, improve traction and deliver better comfort and stability when compared to the tires they replace.

The new Michelin Xtra FlexLife range of tires have been optimized for fitment to loaders, graders and articulated dump trucks and will be launched in July 2019 in 29.5 R25 and 875/65 R29 sizes for the original equipment and replacement markets. Five additional sizes will be joining the line-up in 2020.

Commenting on the launch of the new range of tires, Annika Girod, Michelin’s Segment Manager Off-Highway Transportation North Europe said that the new Xtra FlexLife range of tires will provide machinery manufacturers and customers with a genuine competitive edge, as they offer as much as 25 per cent more rubber in the tread to wear down. The tests Michelin conducted indicated that tire life increased by up to 20 per cent on loaders and 10 per cent on articulated dump trucks, when compared to the company’s previous generation tires.

Another feature of the new tires which will be of benefit to customers is the higher levels of comfort and stability they offer thanks to the reduced pressures the Xtra FlexLife tires can operate at compared to the tires that they replace. Generally, this pressure is 14.5psi lower on loaders, and 11psi lower on articulated dump trucks. Other beneficial features include a smoother ride for the driver, lower levels of machine vibration which will reduce wear and tear on the vehicle and increase the lifespan of the vehicle.

Volvo was one of the several vehicle manufacturers, which was involved in the design and testing of the Xtra FlexLife tire, and is already offering the new tires as original equipment on its vehicles.
The five additional sizes which will be launched next year include the 23.5 R25, 26.5 R25, 750/65 R29, 775/65 R29 and 20.5 R25.