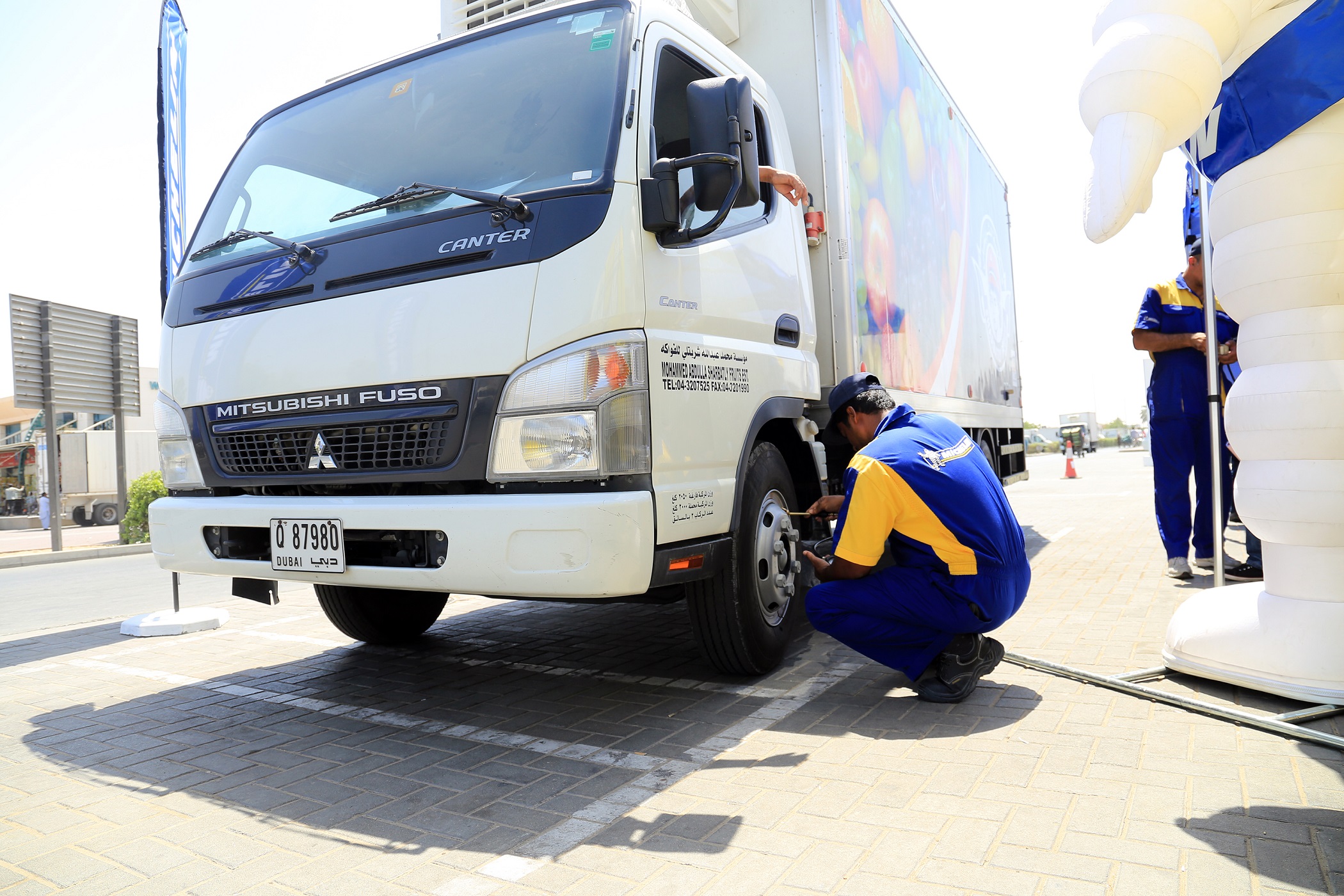 Michelin, one of the top tire companies in the world joined hands with Dubai Municipality, Road Transport Authority (RTA), Tasjeel and Central Trading Company, the Al Rostamani Group company that is the importer of Michelin tires for Dubai and the Northern Emirates to organize a Tire Safety Campaign for passenger cars and trucks, from 14 to 18 May 2017. The company thus highlighted its commitment to making road transportation safer.

Commenting on the campaign, Mohamed Aqel, General Manager Central Trading Company (CTC) said that as part of the campaign, Michelin and CTC’s technical and after sales service team carried out free tire safety checks for over 400 vehicles at different locations in Dubai, as part of which they inspected a total of more than 2000 tires. Motorists also received expert advice and information about alignment, mounting, tire pressure and maintenance from the expert team.

Daoud Helmi, Commercial Director for Michelin in the Gulf countries said that Michelin is committed to raising public awareness of road safety best practices wherever it operates. He added, “We are happy to bring the Tire Safety Campaign along with the Dubai Municipality, Tasjeel and RTA to Dubai. With the fast economic progress that Dubai is witnessing, it becomes imperative to raise driver awareness for more responsible driving and safer roads.”

Ms. Deema Fouad Hussein, Traffic Awareness Department Senior Manager at RTA, added that RTA is a committed partner in promoting motor vehicle and road safety initiatives. The condition of the tires is a critical factor when it comes to road safety, but is one that is often overlooked by drivers. The Michelin campaign has helped RTA to strengthen awareness about this particularly important aspect of road safety.

“We are pleased to be part of this initiative, as it is a direct and effective method to reach drivers and educate them about the importance of following road safety rules,” said Khamees Al Sweedi, Supervisor at Dubai Municipality. “Well-maintained tires with the right pressure are critical for safety on our roads, and it is necessary to ensure tires are checked regularly.”

Michelin takes its commitment to safety seriously and ensures that safety is maximized through quality products and services, constant innovations offering users ever greater safety, and awareness campaigns that convey the importance of tire maintenance to the broadest possible audience.