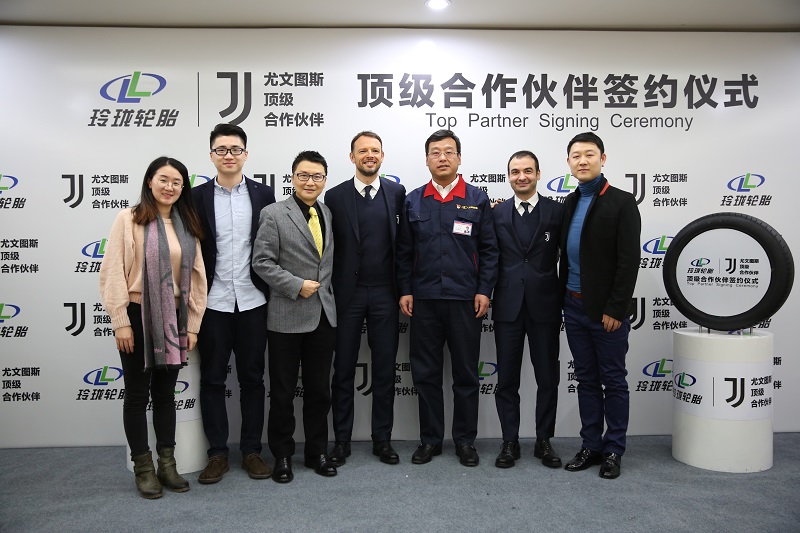 Linglong Signs on as Official Tire Partner of Juventus

Juventus is one of the most well known clubs when it comes to Italian football. Linglong Tire has officially signed on as one of the official partners of Juventus. The signing ceremony between the Juventus Football Club S.p.A. and Linglong Tire was held in Zhaoyuan, where Linglong is based. The ebent was attended by senior officials of both organizations, and members of the media. Commenting on the sponsorship, Wang Feng, chairman of Linglong Tire, declared that Linglong Tire will be the official tire partner of Juventus from this season onwards.

Juventus is one of the most renowned professional football clubs both in Italy and on the international scene. The club has established a tradition of winning going back 100 years and has a solid fan base as well many world-class football stars. The agreement with Juventus will help Linglong Tire to expand its reach and brand awareness to Juventus supporters in Europe and across the world.

Linglong Tire is one of the top 20 tire manufacturers in the world and the company has a presence in as many as 180 markets across the world. Linglong also has almost 60 OEM homologations. LInglong has recently taken to sports marketing as part of its drive to expand brand awarenessand has partnered with VfL Wolfsburg and European Football Leagues.

Wang Feng, chairman of Linglong Tire, said at the signing ceremony that it was a great honor to become part of Juventus family. He said the sponsorship highlighted Linglong’s passion for football and its determination to expand its global markets. He firmly believed that the cooperation between both parties would bring an exciting and inspiring experience to football fans and customers.
Mr. Giorgio Ricci, representative of Juventus, expressed that it was a pleasure to cooperate with Linglong Tire. He expressed that he was looking forward to the excellent performance of both parties in the near future and said Juventus was very proud to have a new and strong partner like Linglong Tire because both parties had shared spirit in leadership.

According to the deal between both parties, Linglong will get many benefits including perimeter advertising during Juventus home games of Italian League and Italian Cup.