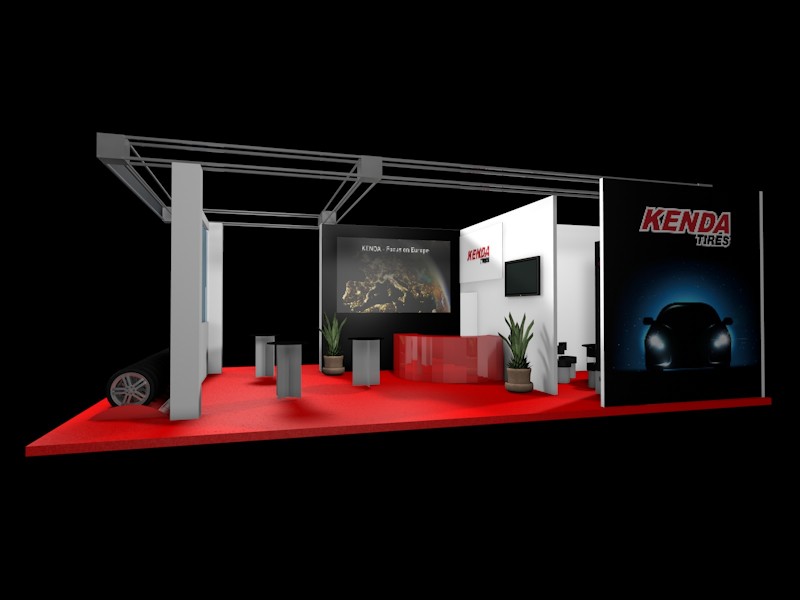 This was the second time that Kenda was participating in the show, which is held every two years and is one of the leading trade shows in Europe related to the automotive aftermarket and automotive equipment. Kenda had successfully implemented its “Focus on Europe” marketing strategy leading up to the launch of its Emera A1 tire, which is an ultra-high performance tire that is as good as the tires from the top tire brands in this category. Independent tests conducted by the Finnish organization Test World have proved the superiority of the tire when it comes to its handling characteristics. The Emera A1 achieved a total score of 8.3 and ranked in the upper midfield.
In addition to a team from Kenda which included the company’s vice president Jimmy Yang, Kenda also had representatives of the brand’s two exclusive importers in Europe Gruppo Sirio and Palmeri at its booth. Gruppo Sirio is a network of nine tire wholesalers, which has a strong network throughout Italy and has been a partner of Kenda’s from 2016.
Working closely with companies that have an excellent standing in their home markets is the cornerstone of Kenda’s sales strategy for Europe and has played a key role in the brand’s success in Italy. Italy is now the country in which Kenda has made the greatest progress. Commenting on Kenda’s brand awareness in the Italian market, Marketing and sales manager Michael Andre said “The cooperation with Gruppo Sirio and Palmeri in Sicily has been very successful for several years. Here, our sales consultant Pablo Accettura made a decisive contribution through his commitment. Rising sales figures is the best proof of this!”
Kenda also used its participation in Autopromotec to present the marketing concept “Kenda For You” for which it is collaborating with Gruppo Sirio. The campaign comprises power modules and marketing measures in order to support the retail trade and work at the Point Of Sale, thus establishing a direct relationship with the end user. The best example of this is the display of advertising boards in the Serie A football stadiums.