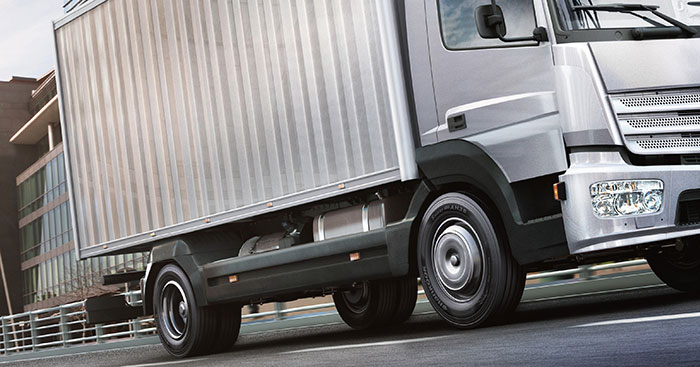 The Commercial Vehicle Show which is scheduled to be held from 26 to 28 April at the National Exhibition Center in Birmingham is one of the biggest road transport and logistics events in Britain. Leading tire manufacturer, Hankook Tyre is planning to use the show to showcase its growing range of tires for commercial vehicles. The company’s UK subsidiary, Hankook Tyre UK will use the show as the platform to launch Hankook’s new all-season SmartFlex AH35. At the show, the new tire will be displayed in size 215/75R17.5, and other sizes will also be available on the market. Other tires Hankook will be highlighting at the show include the company’s AH31 and DH31 tires which were recently selected as the OE tires for MAN and Mercedes-Benz Truck vehicles in the three sizes 315/80R22.5, 315/70R22.5 and 295/80R22.

The SmartFlext AH35 tire is notable for its high rigidity which makes it a good fit for medium to long distance trips as this will contribute to minimum fuel usage and even wear. It also comes with a wide tread and three dimensional sipes for a longer tread life and outstanding traction.

Other tires at the Hankook booth include the SmartWork AM09 tire for steering axles and the SmartWork DM09 tire for drive axles for customers seeking an all-round set of tires for both off and on-road driving. Hankook will be shortly introducing the AU03+ bus tire with a higher load index of 150/145J in line with market requirements and increase in demand from customers for bus tires with higher load index. The AU03+ bus tire has other characteristics that make it a good choice for urban transport including higher shoulder rigidity and sturdy sidewalls.

Hankook’s giveaways for visitors to the company’s booth include chances to win 2 VIP tickets to the 2016 UEFA Europa League final in Basel. All visitors have to do is drop their visiting cards into one of the designated boxes on the stand to gain an entry into the contest for the VIP tickets. Football fans will get a chance to take a photo with the UEFA 2016 cup which will be displayed at the Hankook booth since Hankook is an official partner of the UEFA Europa League.