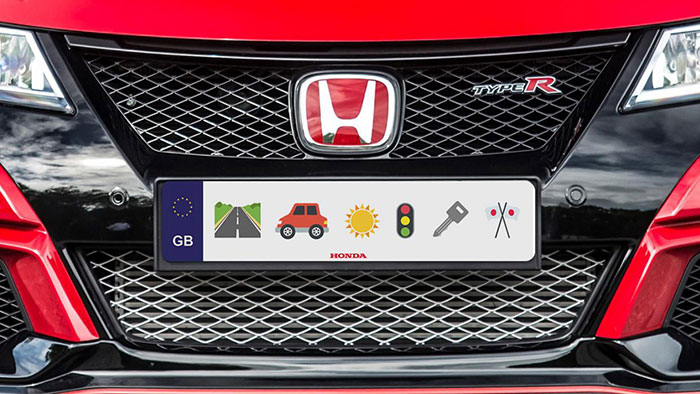 In a stunt that was in tune with the preferences of its target audience for the Civic, Honda released news that it would be Rproducing a Civic with emoji license plates as an April Fool’s Day prank. The company sent out a press release in the UK stating that it would be producing the first official car in the world to sport emoji number plates, the Honda Civic Type R. According to the release, the car was being produced in response to demand from younger car buyers across the UK. Honda even said that it was planning to hold initial talks with the Driver & Vehicle Licensing Agency in a bid tolaunch the new car on an exclusive basis by 2017.

The company presented the concept as one that would allow customers to customize their car in a fun and quirky manner in order to accurately reflect their lifestyle and personality.

With most young people across the world using emojis to accurately reflect their feelings and moods when they communicate, this prank press release from Honda was highly believable, complete with a quote from Shigastu Baka, First Officer for Licenses at Honda UK.

One giveaway that this was a prank was that Shigastu Baka is Japanese for “April Fool’s”. Of course, Honda went on to reveal that this was just a prank. Given the current fondness natives of the digital age have for emojis, this may soon be a prank that comes true.