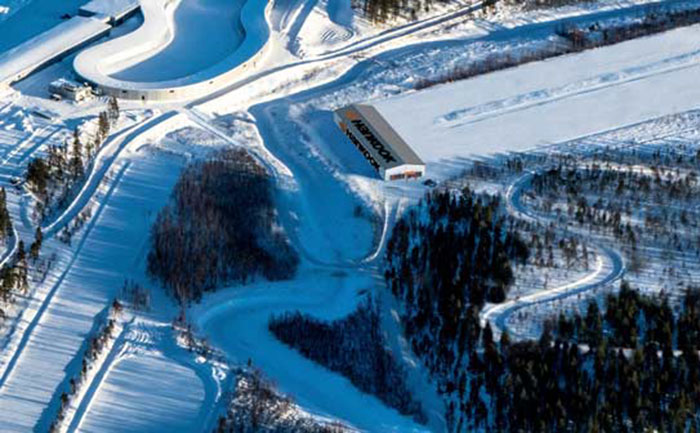 Hankook has decided to strengthen its winter tire range with plans to set up its very own facility for testing winter tires in Ivalo, Finland, about 300 km north of the polar circle. The company recently reached an agreement with the Finnish tire testing company, Test World Oy, to develop a tire testing facility for Hankook right next to their own testing area Mellatracks.

Hankook’s testing facility will have enclosed test tracks for different road scenarios, complete with necessary connecting and service roads, state-of-the-art workshop facilities, offices, meeting and social rooms in close proximity. Design and construction work of the facility began immediately after the agreement was signed. The testing facility is expected to be fully operational from December 2016.

Explaining the decision to set up the new testing center for winter tires, Ho-Youl Pae, Head of Hankook Tire in Europe said that the company has been focusing increasingly on regionalized product development and the new center will make a significant contribution to developing and testing products for the European market within the region as it would replicate the specific road and weather conditions that are needed to test winter tires sold in Europe. Another important factor to be considered is that the new proving ground will help Hankook to cut down on the time needed to develop and market the product since it is a decisive factor in the current market scenario.

Hankook’s decision to invest in the new winter testing facility was also prompted by the increasingly volataile weather conditions in southerly Scandinavian or Alpine areas these days. Ivaloo has the advantage of experiencing very stable and long winter conditions which provides companies with an extendd duration of time for testing purposes. Other benefits of the location are flexible air services and a wide range of ancillary services. Once established, Hankook Tire’s Germany-based R&D unit, the Hankook Tire Europe Technical Centre (ETC) in Hanover will be responsible to manage the new winter testing site.

“Hankook Tire has largely expanded R&D in Europe since the initial opening of our facility in 1997,” added Dipl-Ing. Klaus Krause, Head of the ETC. “Now we are one of the main suppliers to many premium vehicle manufacturers, including all German brands Audi, BMW, MAN, Mercedes-Benz Car and Truck, MINI, and Porsche. “

He added that this called for a drastic increase in testing capacity, also for the expansion of the company’s winter OE business in the future. The company’s has a successful and long standing partnership with Test World and this convinced Hankook to collaborate with them on building the new center in Ivalo.

“Hankook is our long-term customer and a premium player in the global tire market”, commented Test World deputy managing director Janne Seurujärvi. He said the contract pointed to Hankook’s confidence in his company and strengthened its position as the world’s leading winter tire test facility.”