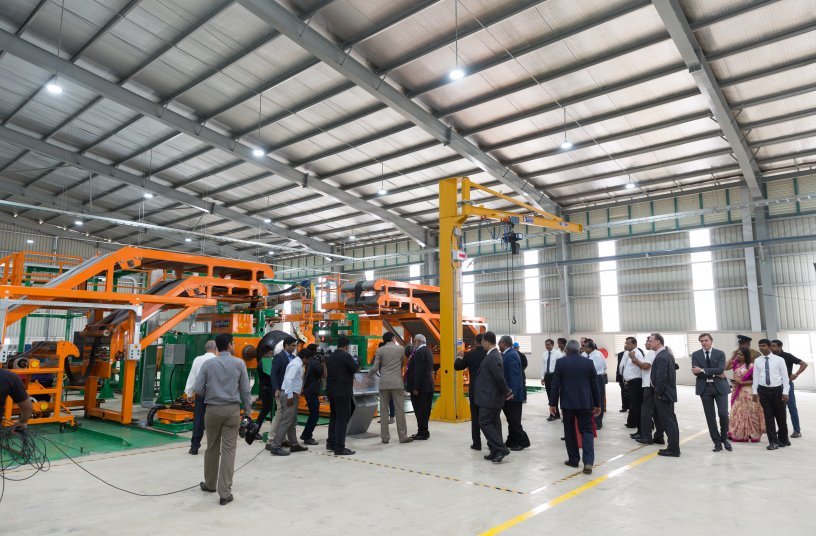 GRI has opened a world-class facility for the manufacture of specialty tires in Sri Lanka. The facility which was formally opened with a grand event on January 25 will be the first factory in Sri Lanks that would specialize in the production of radial agriculture tires.

The opening ceremony was marked by the hoisting of the national flag by Jegan Durairatnam, managing director and CEO of the Commercial Bank of Sri Lanka, who served as the Chief Guest and was attended by key company officials including Haris Premeratne, GRI’s chairman, and Prabhash Subasinghe, managing director of GRI as well as eminent guests from over 35 countries.

70 per cent of the output of the factory will comprise agricultural tire products while pneumatic construction tires and forklift tires will make up the remaining 30 per cent. Thus the new plant will manufacture a wide range of tires used for offroad applications.

GRI has invested over USD 40 million in the new plant, which is equipped with machines, many of which are the first of their kind to be commissioned in Sri Lanka. The factory thus has highly advanced technology available for making tires with a significantly higher degree of precision, lower operator dependency and a greater level of automation. Tit is expected that the operation of the new plant will result in the production of higher quality tires with reduced wastage and cycle times, better consistency, greater efficiency, and less wastage.

The new factory was built as a completely self-sufficient facility from the sustainability viewpoint and and is certified by ISO 9001:2008 and ISO 14001:2004. The biomass boilers, fully recyclable waste and water management systems and 1.2-Megawatt solar panels all go a long way towards making the carbon footprint of this facility as small as possible.

GRI now supplies its solid tires to OEMs all over the world and it is also one of the largest producers of solid excavator tires. It also produces tires for port trailers, airport baggage handlers and skid steers.
GRI has even more ambitious plans for the future. The company is setting up an innovation lab that will explore the major technological developments that have been made recently in the automotive industry like the potential of machine learning, , augment reality, virtual reality and the prevalence of the Internet of Things.