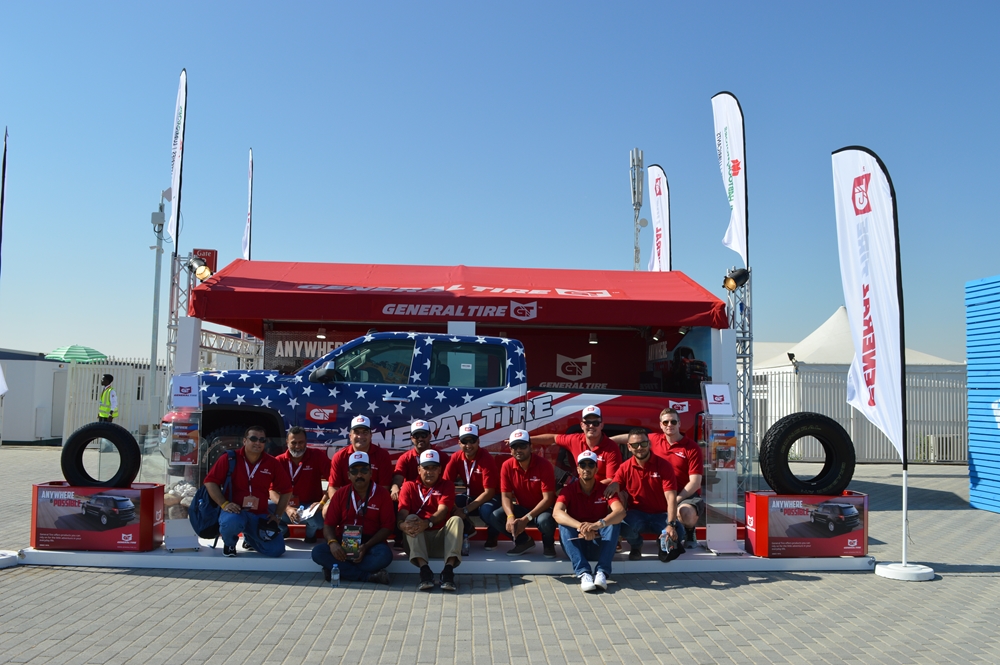 General Tire used the recent Emirates Airline Dubai Rugby Sevens event as an opportunity to promote tire safety. General Tire was one of the partners of the event which drew thousands of rugby fans and used its booth at the tournament to provide attendees with tips to stay safe on the roads.

The General Tyres booth was staffed by highly trained professionals from the tire brand’s partner in the UAE, Al Habtoor Motors, who not only showcased the brand’s wide range of tires but also provided  spectators with valuable information regarding all aspects of tire and road safety. Visitors to the Rugby Sevens tournament were offered vouchers for 15% discounts on tire changes at UAE outlets.

General Tyres has built up a reputation over the years of being closely involved in the world of competitive off-road racing. General Tire is a brand that has celebrated over 100 years in the tire business and has plenty of expertise to help customers get the best out of its tires on the dunes as well as on the roads. Using this expertise, the team at the Rugby Sevens were able to advise customers on the most appropriate tire for their lifestyle.

Commenting on General Tire’s participation at the event, Neil Coolledge, General Manager Al Habtoor Motors Tyres, Batteries & Lubricants Division, said: “The Rugby Sevens is all about passionate fans enjoying time with friends and doing something a little different for the weekend. It is this spirit of adventure and fun that chimes so well with General Tire’s own values.”

Ricardo Martins, Head of Marketing for Continental Middle East, the parent company of General Tire said that rugby is a rugged game that aligns well with the image of General Tire as a manufacturer of high performance tires. Hence, it made sense to be at the tournament advising visitors on how General Tire tires can help them to have more outdoor adventures and enhance their safety on the roads.

General Tire has a wide range of tires including tires for high-performance vehicles used by families. What the brand is really known for is its range of SUV and all-terrain Grabber tires that provide handling, durability and performance for passenger cars as well.

General Tire used 47th anniversary of the Dubai Rugby Sevens, to host partners from five different countries across the region including Oman, Qatar, Egypt, UAE and Kuwait in order to celebrate the end of a successful year in terms of growth and expansion in the Middle East.