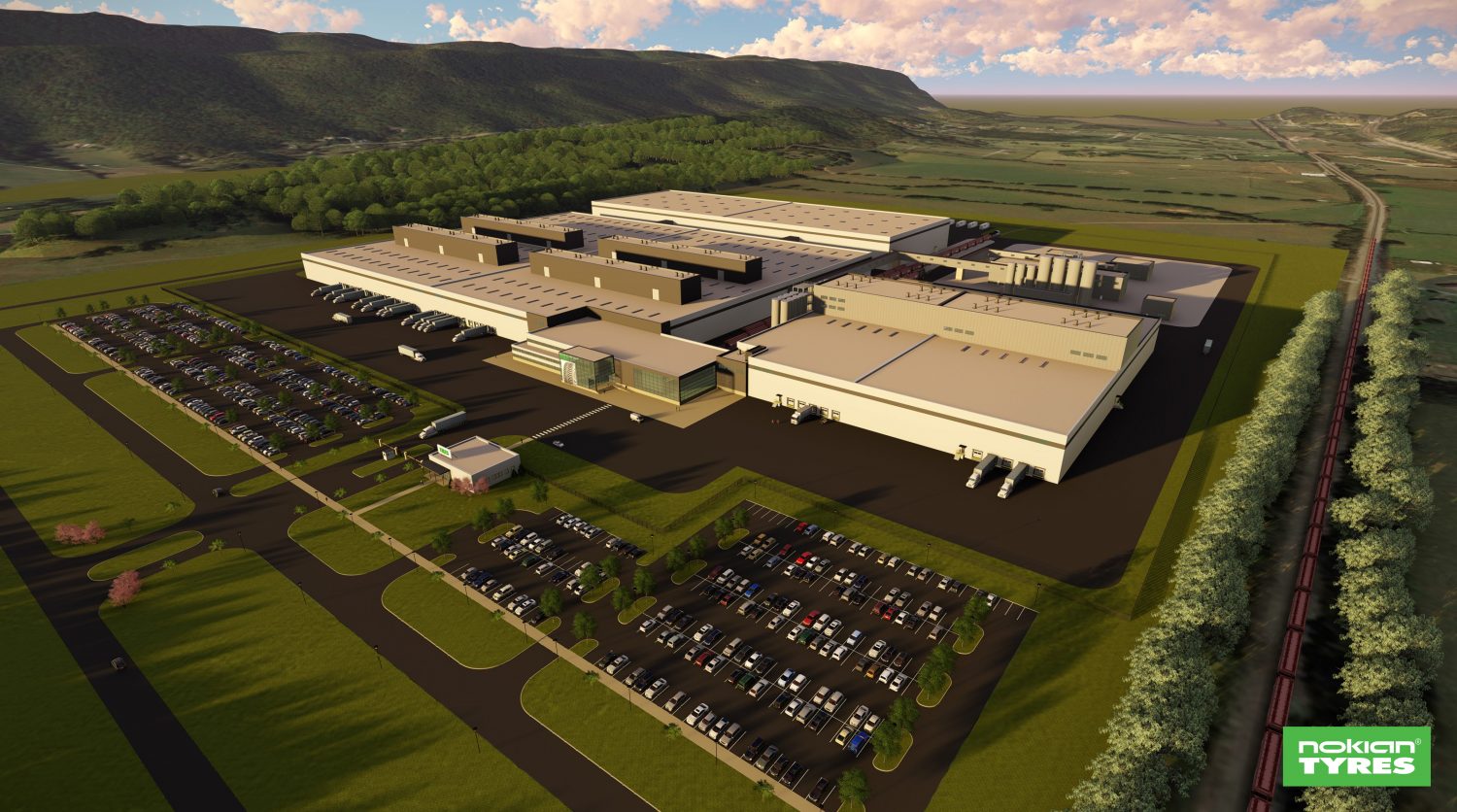 First Nokian Tyres factory in US to Become Operational in 2020

Nokian Tyres has announced that the company’s first factory in the United States is to become operational in 2020. The factory which is located in Dayton, Tennessee will be able to produce 4 million tires every year by 2023 with the potential to enhance capacity in the future if needed. The factory site will also have a distribution facility with adequate space to store 600,000 tires. Nokian Tyres had broken ground for the USD 360 million factory in the autumn of 2017. This is the company’s third factory. The company already has two other manufacturing facilities- one in Russia and one in Finland.

The new factory in Dayton will cater to the needs of the company’s customers in the United States and Canada, and will specialize in the manufacture of North American-specific car and light truck all-season tires. Nokian Tyres expects the new factory to further improve production capabilities and level of customer service throughout its global operations. The company had made its first test tire at the new factory in July this year.
Commenting on the new factory, Hille Korhonen, President and CEO, Nokian Tyres said that the company’s investment in Tennessee will its plans for growth and its commitment to serve its customers in the North American market.

Korhonen added, “With increased plant capacity we will be able to add new North American specific products, reduce delivery times and strengthen our overall ability to serve our customers throughout the US and Canada.”

In addition to helping Nokian Tyres to serve its customers in the North American market better, the establishment of the new factory will help free up the company’s other factories to serve other growth markets. It is projected that additional production capacity will be needed as total sales are estimated to increase. All of the company’s three factories will have important roles in Nokian Tyres’ growth plan, serving different market areas.

Nokian Tyres carries out centralized product development as well as development of prototypes and tire test runs at its headquarters in Nokia, Finland,. The Nokia factory produces car tires, heavy-duty tires, and retreading materials for truck tires. The combined production capacity in Nokia and in Russia Vsevolozhsk is more than 20 million tires.