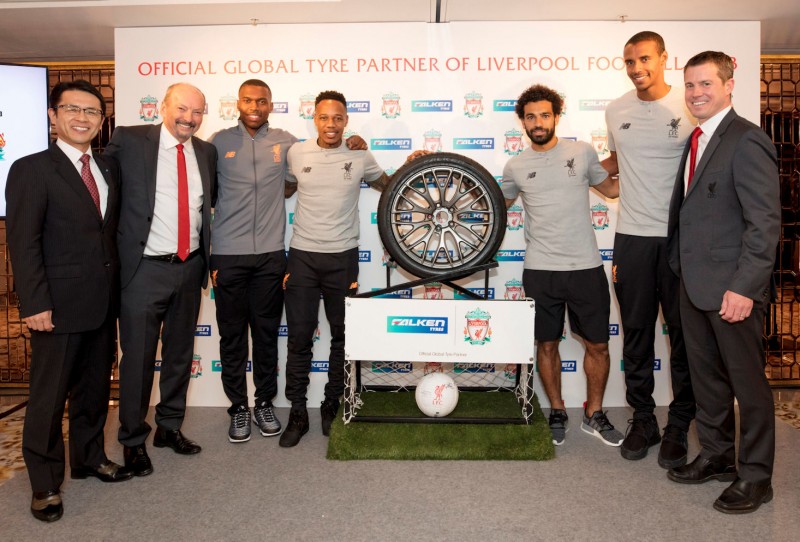 Falken Tyre Europe said in a statement that as part of the new partnership, the two brands would collaborate on creating unique experiences for fans and customers alike while increasing awareness of the Falken brand in key global markets,” writes Falken Tyre Europe in a statement. The tyre manufacturer would seek to leverage the global appeal of Liverpool FC, and would try to appeal to the Club’s huge fanbase with campaigns to bring the Club’s fans closer to the action. As an outcome of the sponsorship, Falken will get a wide range of marketing and promotional rights, like support on digital and social media platforms, stadium branding, pitch-side LED branding, and access to the team’s players and legends.”

Speaking about the partnership, Billy Hogan, chief commercial officer and managing director at Liverpool Football Club said that the team was proud to partner with Falken and to welcome Falken onboard as a global partner. He said both brands share common values when it comes to attitude and performance.

Markus Bögner, chief operating officer of Falken Tyre Europe, added: “We’re delighted to partner with a football club as prestigious as Liverpool FC. We both believe in an exciting future and we look forward to working together to reward and recognize our customers, as well as connecting with more fans across all channels, including our trade and retail partners.“

He concluded by saying that the partnership marked another milestone in the company’s integrated football strategy which comprises in-stadium branding, quality time and activations for dealers and covering the football TV broadcast for Falken advertising in the brad’s key markets across Europe.