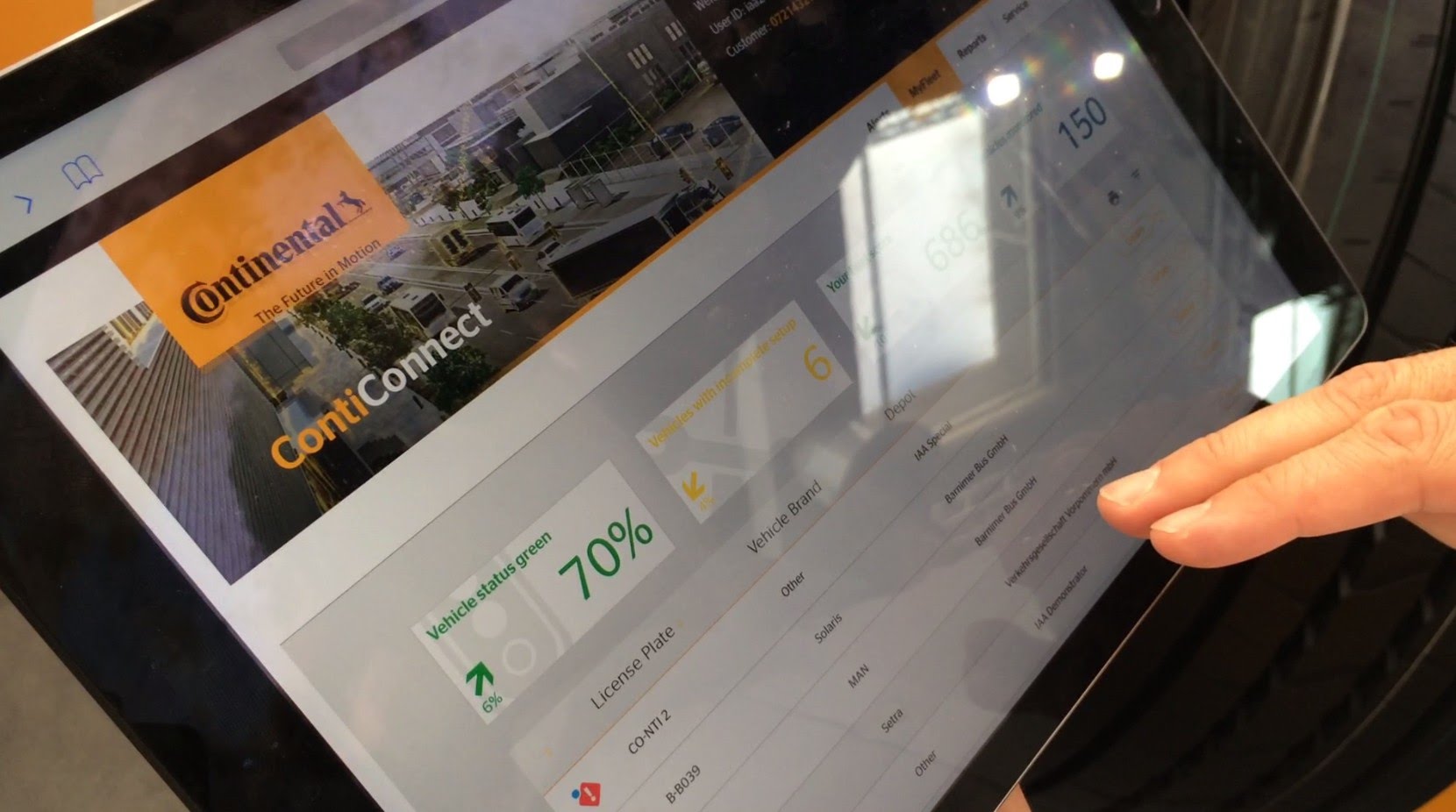 Continental used the ongoing IAA Commercial Vehicles show in Hanover to showcase the new app it has developed for monitoring tire pressure in real time.

The ContiConnect Live app is slated to become available from the second quarter of 2019. It can be used to keep operators of truck and bus fleets updated in real time about important parameters like tire pressure. They get to know immediately if there is any issue related to tire pressure or temperature, even if the vehicle is being driven at the moment. This data is transferred to the servers and web portal through the ContiConnect Driver app.

According to Continental, the app has the capability to depict tire related information on the Daimler Fleetboard and TomTom Telematics devices, in addition to other Android devices, like tablets and smartphones. This connectivity will initially be available in the devices that are in the driver’s cab.

Continental has also said that the company will be updating the ContiConnect web portal in October. The portal will be revamped and will feature an improved appearance and new settings options.

Commenting on ContiConnect Live, Nikolai Setzer, head of the company’s tire division said that it integrates Continental’s digital solutions for commercial vehicle tires into the existing in-vehicle systems and displays.
Setzer concluded by saying that fleet customers can now thus embark on digital tire management using their existing devices. The company is now allowing them to derive even greater benefit from digitalization and helping them to achieve a new level of efficiency in tire management.