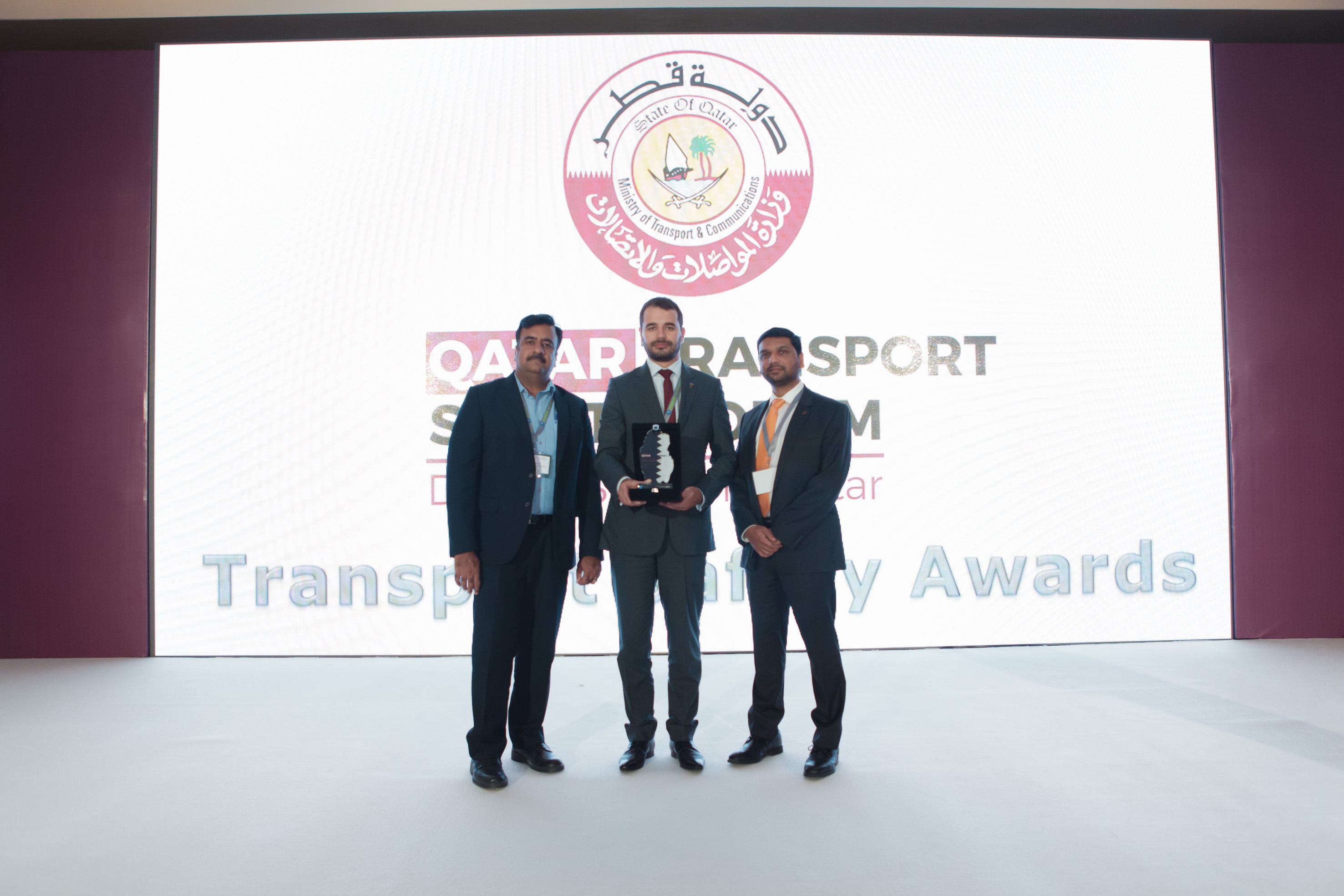 Continental, the leading tire manufacturer received recognition from Qatar Transport Safety Forum for its efforts to promote road safety awareness through its Vision Zero campaign across the Middle East. The campaign received an award for ‘Best Public Awareness Campaign’ in a category where entry was open to both government and private organisations that operate in the Middle East.

The 5th edition of the Qatar Transport Safety Forum was held in mid-October in Doha, Qatar, and was organised to acknowledge excellence in the field of road safety in the Middle East. The event which was attended by various leaders in transport safety across the region was held under the patronage of His Excellency Jasim Saif Ahmed Al-Sulaiti, Qatar’s Minister of Transport and Communications, and endorsed by the Ministry of Transport and Communications.

Through Vision Zero, Continental’s ambitious objective was to eradicate road traffic incidents and reach a goal of zero fatalities, zero injuries and zero accidents, through a global series of activities. As part of this campaign, Continental carried out activities to promote safe driving during Ramadan and to educate drivers about tire safety.

On receiving the award, Ricardo Martins, Head of Marketing for Continental Middle East commented said that the recognition means a great deal to the company as Continental has long been an advocate of road safety, with the company striving to make significant improvements on a global basis for more than 145 years.

He said, “We have set ourselves an ambitious goal with our road safety campaign Vision Zero, which started at the 2015 International Motor Show in Frankfurt. We are looking to evolve from best in braking to zero road traffic accidents. For this goal to be achieved, the help and determination of those at the forum and many like us around the world needs to persevere.”

In the Middle East, the Vision Zero campaign was adopted in 2015, and was initially implemented with a tyre safety media activity targeting five markets. This continued during the month of Ramadan in 2016, with Continental Middle East launching an awareness campaign urging drivers to exercise extra caution when driving.  As part of the campaign, drivers were given tips on defensive driving and techniques to help them remain attentive at all times to help them stay safe on the road.  The campaign reached as many as 800,000 people across the region.

Continental has considerable expertise in active and passive safety systems and this ties in well with the aim of Vision Zero is to eradicate fatalities or serious injuries on the roads. Through Vision Zero Continental is highlighting its commitment to improve components and systems thus make zero accidents and zero fatalities an achievable reality in the long term. The company makes both premium tires and advanced driver assistance systems to help facilitate a safer driving experience for motorists and is the only manufacturer that can offer high-tech solutions in both product areas from a single source from pedal to tyre.