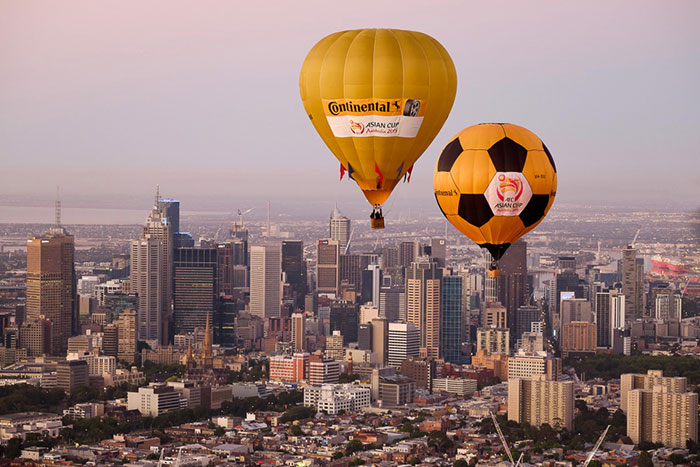 Continental AG announced recently that its tire pision will be the official sponsor Official Sponsor of the 2019 AFC Asian Cup which is scheduled to be held in the UAE. This move is part of Continental’s drive to regionalize its sports sponsorship deals by focusing on partnerships with regional sports and tournaments. The extensive rights package associated with the deal will cover the qualifiers for the 12 best teams in the AFC Asian Cup UAE 2019, the 2018 AFC Women’s Asian Cup, the final round of Asian qualifiers for the 2018 FIFA World Cup in Russia, and the AFC 2018 U22 Championship, which will also serve as the tournament for determining the qualifiers for the 2020 Olympic Games in Tokyo.

Commenting on the sponsorship deal, Nikolai Setzer, Member of the Executive Board of Continental and Head of Tire pision said that the AFC Asian Cup is the most important football competition in the APAC region and the Middle East, a key market for Continental where the company is looking to increase its market share. Setzer said the move is meant to promote the company’s premium positioning in the minds of motorists here when they are thinking of alternatives for their car tires.

He added that the company expects extensive media coverage of the qualifiers for the 2018 FIFA World Cup and the 2020 Olympic Games in Tokyo in both the Middle East and the APAC region in order to boost awareness of the brand by 2020.

According to AFC Acting General Secretary Dato’ Windsor John, the AFC partnership deal with Continental highlights the growing popularity and importance of football in Asia, especially of the leading tournaments like the Asian Cup and the Women’s Asian Cup as well as the under 22 competition. He said the sponsorship deal is another significant milestone in the development of football and AFC’s commercial portfolio in Asia.