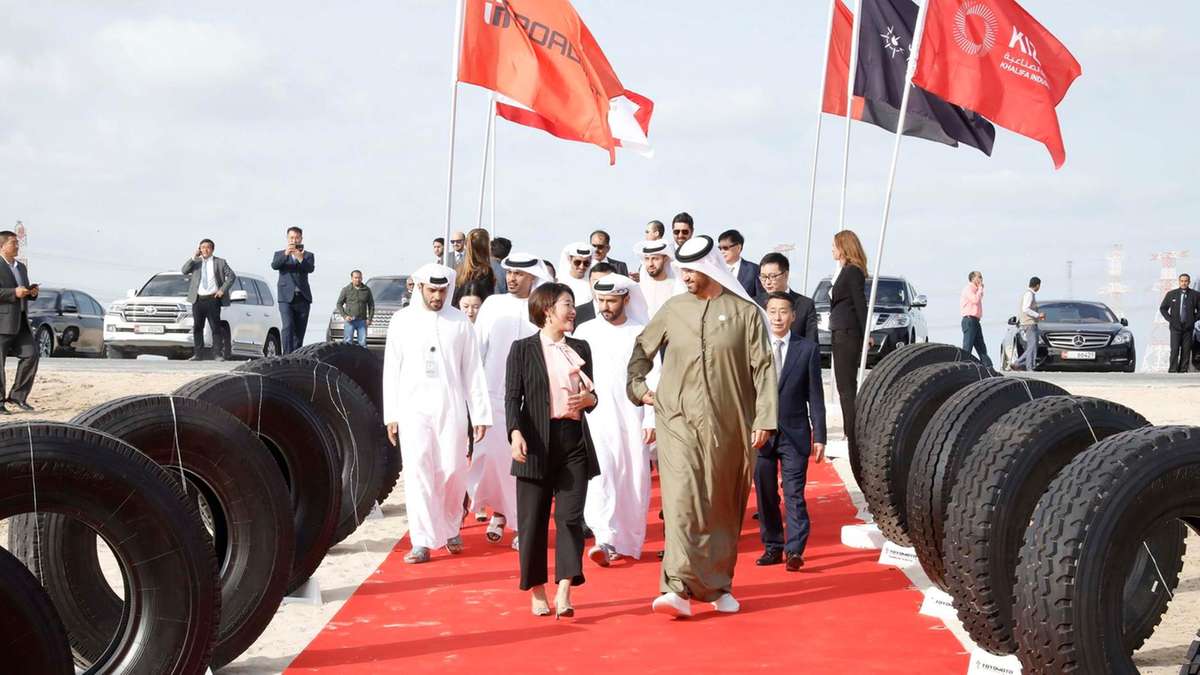 Investors from China and the UAE joined hands to break ground for a new factory that will make tires for cars and trucks at an industrial park near Abu Dhabi. The factory is expected to start production by the fourth quarter of 2020.
The project is known as the Roadbot Tire Project KIZAD and will require investment to the tune of USD 614 million. When completed by 2022, the factory will cover 3 million square feet and will have the capacity to produce up to 10 million passenger and one million truck/bus radials. This is on the basis of information provided by Abu Dhabi Ports. Initially, the factory will have an output of 3 million passenger car tires on an annual basis.

The name of the Chinese partner was given as “Roadbot,” but no further details about the Chinese company were disclosed other than to specify that it is a tire manufacturer. The Roadbot project was launched last year during a visit of Chinese Premier Xi Jinping to the UAE.

Ms. Zhang said: “The Roadbot Abu Dhabi tire project is the result of close cooperation between the UAE and Chinese governments. It is an important part of the ‘Belt and Road Initiative’ and crystallization of multiculturalism, based on the principle of achieving shared growth through discussion and collaboration.”

Abu Dhabi Ports said that the new factory will be an “intelligent, fully automated and eco-friendly” plant that will even have components like ecological gardens in the atrium and alpine waterfalls.

UAE Minister of State Sultan Al Jaber said the Roadbot tire factory will definitely make a significant contribution to the UAE’s manufacturing base as part of the country’s drive to diversify its economy. He also said that the groundbreaking showcased the increasingly close ties between the UAE and China, and strengthened UAE’s role as a key partner in China’s Belt and Road initiative.

“This inauguration marks another significant step toward cementing Abu Dhabi’s role as a hub for global trade and connectivity, leveraging the UAE’s unique position as a trading link between East and West and supporting the leadership’s vision to enhance the UAE’s position as a highly attractive destination for investment in today’s competitive business environment.”