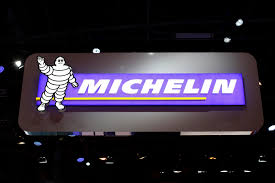 Michelin Strengthens Presence in Indonesian Market with Acquisition of Multistrada

Michelin has announced that it has finalized an agreement to acquire a 80 percent stake in PT Multistrada Arah Sarana TBK (“Multistrada”). Multistrada is an Indonesian tire manufacturer having a production capacity of over 180,000 Tons. The company makes 11 million Passenger car tires, 9 million Two-wheel tires and 250,000 truck tires annually and generated net sales of USD 281 million in 2017. This deal will help Michelin to strengthen its presence in the Indonesian market which offers a lot of potential but is dominated by local players.

As an outcome of the deal, Michelin is acquiring a very competitive local plant which has good quality facilities and provides readily available production capacity. Using its technical expertise along with a little initial investment, Michelin plans to gradually convert production at the plant from Tier 3 passenger car tires to Tier 2 Michelin Group brands. This will facilitate more Tier 1 production at other plants in Asia and support growth of demand of Tier 2 volumes in Europe, North America and Asia.

Through the Multistrada acquisition deal, Michelin will also acquire a 20 percent stake in the retailer PT Penta Artha Impressi (“Penta”) in partnership with Indomobil and private investors. This will help Michelin to boost the marketing and sales of Michelin Group brands in Indonesia and thus get access to a major market so that it can benefit from the future growth and expansion of the tire market in Indonesia.

Comemnting on the deal, Jean-Dominique Senard, Chief Executive Officer of the Michelin Group, said that the acquisition of Multistrada presents Michelin with an excellent opportunity to expand its operations in Indonesia, which is the most populous country in Southeast Asia. The company will thus gain competitive, good-quality production capacity without having to invest in creation of any new manufacturing facilities.

Pieter Tanuri, Chief Executive Officer of Multistrada, said: “We are very proud of what we achieved with Multistrada and we are confident Michelin is the ideal partner to take Multistrada forward into a new era of growth and success for the benefit of all stakeholders and employees.”

It will expected that the potential synergies in manufacturing, sales and purchasing between the two companies can amount to USD 70 million per year within 3 years of the acquisition. Multistrada, including the 20% stake in the retailer PT Penta and 50 hectares of available land, has been valued at USD 700 million enterprise value.

Michelin will be paying USD 439 million for 80 percent of the Multistrada shares though the deal is subject to certain closing adjustments. Michelin will then launch a public offer for the remaining outstanding shares, at the same price per share as that offered to the 80% shareholder group as Multistrada is a publicly listed company. The acquisition will be funded from internal financial resources.