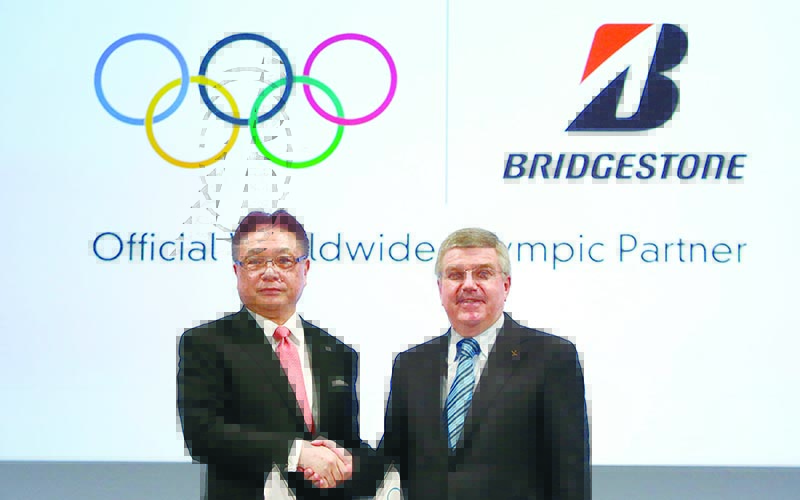 Bridgestone had signed on as an Olympic TOP Sponsor in 2016 and is seeking to expand its Olympic presence on a global scale from January 1, 2017. As part of Bridgestone’s ten-year deal for the Olympics, though Bridgestone was an official Olympic partner at the Rio 2016 Games, it had to limit its marketing activities to just four countries – United States, Brazil, Korea and Japan. It is now eagerly looking forward to activation of the deal on a global scale from the beginning of 2017.

According to Bridgestone America’s vice-president of sports marketing and events, Phil Pacsi, even though the company’s activities were limited to just four countries, the Rio 2016 marketing campaigns generated over one billion impressions. He said that the tire manufacturer will be actively working towards expanding marketing activities in the runup to PyeongChang 2018 and Tokyo 2020.  He said that the company will continue to use these events to build brand       awareness and will use the Winter Olympics to publicize its winter tire products like its snow and ice Blizzak tires, that are sold globally. He said the Tokyo Games are going to be huge for Bridgestone as the company has its global headquarters in Tokyo.

As part of its sponsorship deal with the Olympic Games, Bridgestone will also supply tire and related services to support the logistics at each Games. This will cover vehicles for transporting the athletes, members of the media and officials at the Games.

“Those Rings are pretty powerful and putting your brand in association with the Rings really puts you on an entirely different level with your respective markets,” Pacsi said.

Woods will play the Bridgestone B330-S golf ball and serve as a brand ambassador.