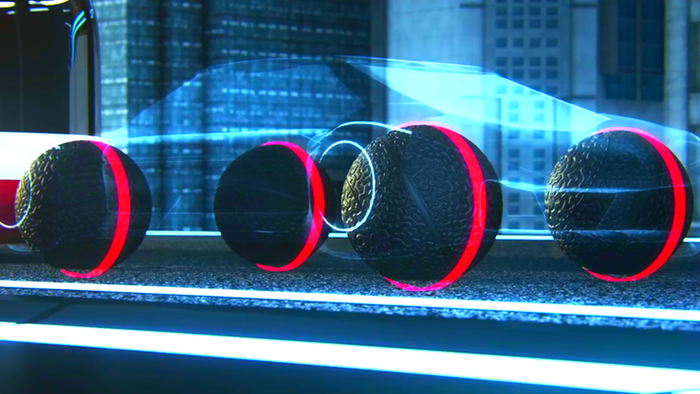 Goodyear’s Eagle 360 concept tire has won the prestigious Good Design award in the “Transportation” category. The award is given jointly by  The Chicago Athenaeum: Museum of Architecture and Design and the European Centre for Architecture Art Design and Urban Studies on an annual basis and is one of the oldest and most established awards in the field of design.

For the 2016 edition of the awards, the Museum received entries from several thousand manufacturers and graphic design firms spread across the world. From these entries, over 900 product designs and graphics were considered worthy of the GOOD DESIGN Award.

The Eagle 360 concept tire will now be added to the Chicago Athenaeum Museum’s renowned Permanent Design Collection. It will also be published in the GOOD DESIGN Yearbook for 2016-2017.

Goodyear had debuted the Eagle 360 concept tire at the 2016 Geneva International Motor Show. The spherical, 3-D printed tire is meant to be used widely in the future when autonomous driving becomes the norm and showcases Goodyear’s vision for the future.

The unique shape of the Goodyear Eagle 360 will significantly enhance its maneuverability and safety so that it would be a good fit for autonomous vehicles. The tire’s spherical shape makes it highly maneuverable. Active technology gives the tire the flexibility to move as  needed to reduce sliding from potential hazards like sudden obstacles and black ice.

Speaking about the award, Olivier Rousseau, Vice President Consumer PBU EMEA at Goodyear  said “We welcome this great recognition for the tremendous work done by our designers and engineers who developed the Goodyear Eagle 360. It shows that Goodyear truly is at the forefront of industry innovation and leading the way for new technologies.”