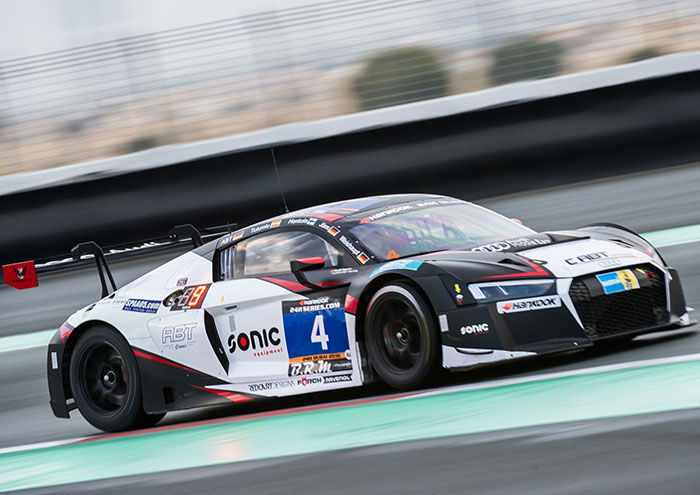 The 2016 edition of the Hankook 24 H endurance race witnessed a record number of entries, with 100 vehicles participating in the race. The race began at 2 pm on January 15 after a highly exciting 24 hours in which the lead position changed 22 times, a team from Audi emerged as the winner of 2016 Hankook 24H Dubai. Audi teams in fact clinched two spots on the podium and there were four Audi cars in the top 10.

An Audi R8 LMS belonging to the Belgian Audi Club Team WRT led by Laurens Vanthoor raced to the finish line at the end of a grueling stint of 588 laps, five laps ahead of Oliver Morley of the Black Falcon team who was at the wheel of a Mercedes SLS AMG GT3. Another Audi R8 LMS driven by Christer Jöns of C.ABT Racing grabbed the third spot.

The race was held on the 5.39 kilometer Dubai Autodrome track and highlighted the outstanding quality of Hankook’s Ventus Premium racing tires that were provided to all the participants. Though track conditions varied greatly in both day and night with temperatures going up to 40 degrees during the day, the slicks continued to deliver a consistently high level of grip. Due to this reason, the drivers were able attain fast lap times even close to the end of the race.

The winning team consisting of Stuart Leonard, Michael Meadows, Alain Ferté and Laurens Vanthoor were part of the top ten right from the beginning of the race and moved into the lead after 15 hours. The Black Falcon team consisting of Oliver Morley, Adam Christodoulou, Oliver Webb, Abdulaziz al Faisal and Frank Montecalvo were relegated to the back of the pack but gained ground during the night to clinch a second place finish. The second Audi team gained the third spot just 20 minutes before the end of the race when the Konrad Motorsport squad retired.

The win by the Audi team is the third such endurance race victory for the new GT3 sports model, of which 50 per cent is based on the road-going model. The Audi R8 LMS had won the 24-hour race at the Nürburgring and the Sepang 12 Hours in 2015 and the three victories augur well for the successful Middle East launch of the new Audi R8 in March this year.