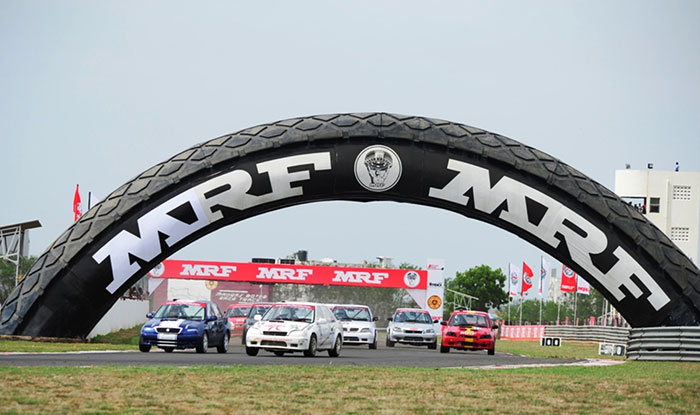 MRF Tyres to Foray into Motorsport in Europe

Indian tire manufacturer, MRF Tyres is a renowned name when it comes to motorsports in India. The company recently participated for the first time in the racing show, Autosport International 2016 which was held from 14 to 17 January. It used the show as the platform to announce that MRF Tyres will be foraying into motorsport in Europe. It will be launching its operations in Europe with the intent of making an impact on customers in UK and other European countries.

MRF’s booth at the show highlighted the company’s track record in motorsports with the display of one of the Formula 2000 cars that participated in the 2015-16 MRF Challenge Racing Championship series. Many renowned racers including Alice Powell, Kake Dennis and Harrison Newey (son of F1 engineer Adrian Newey) are slated to take part in the 2015-2016 season of the MRF Challenge which will be held over several rounds in Dubai, Abu Dhabi, Chennai and Bahrain. Another car that took centerstage at the MRF booth was a 2015 Rally Championship Skoda Fabia that was used by the MRF Tyres’ team in the Asia-Pacific Rallying Championship, a race that the MRF Team has won for four consecutive years.

MRF is active in motorsports not only when it comes to cars, but also when it comes to motorbikes and this was represented by two bikes belonging to the motocross and supercross categories.