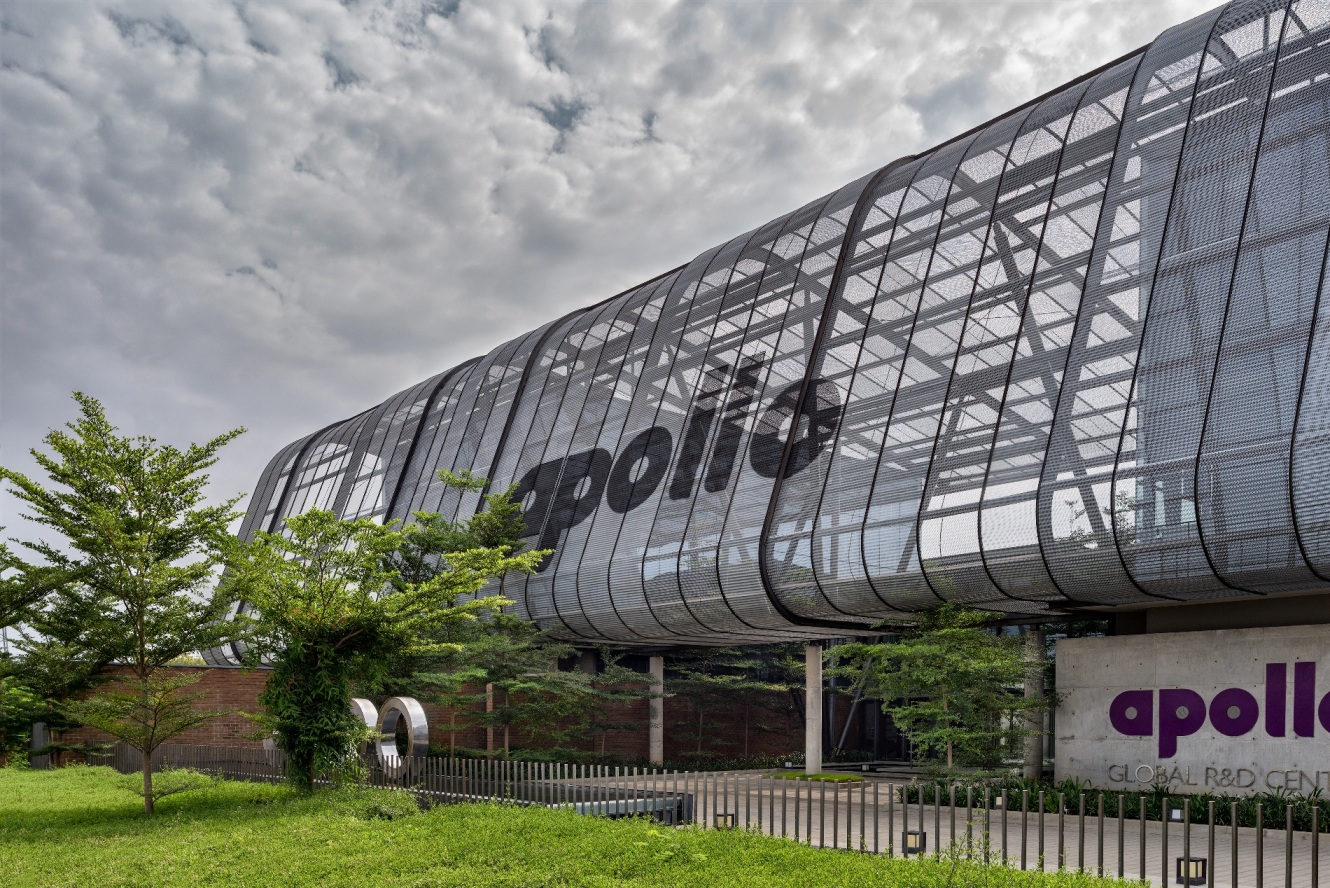 Apollo Tyres Global R&D Centre, Asia which is located on the outskirts of the city of Chennai in southern India has just received the NDTV Design & Architecture Award 2016 under the ‘Architecture Award, Office’ category. Apollo Tyres had commissioned an independent architectural design practice named Calm Studio to design and conceptualize its Asian hub of research and development.

Chennai is a coastal city that experiences harsh weather conditions including heavy rainfall and floods last year. Hence, the building has been crafted within a ‘shelter’, and has its own intrinsic elements of light, shade, visual and sensory appeal which create a harmonious whole. The shelter or envelope was developed using a perforated screen that extends to cover both the interior and exterior spaces of the building, and makes allowances for a vibrant and manageable landscape. The work stations, guest areas and ancillary units have been accommodated n transparent modular units, thus making provision for maximum daylight in all areas, and this can be easily multiplied. The main guiding factor in designing the building was energy saving and the ‘shelter’ helps in cutting radiation, heat and glare. The building project has also been certified LEED Gold, further highlighting the environment friendly nature of the building.

The highly coveted NDTV Design & Architecture Awards recognize the best buildings from a design, aesthetic, sustainability and conservation perspective, as well as a strong sense of purpose. The winners of the awards are announced based on the collective view of an eminent panel of judges including prominent architects and interior designers based on rigorous criteria.

Apollo Tyres Global R&D Centre, Asia in addition to the core research, services the development needs for all product segments for the entire Asia Pacific, Middle East & Africa region for the company, and has an employee strength of 140-odd people.