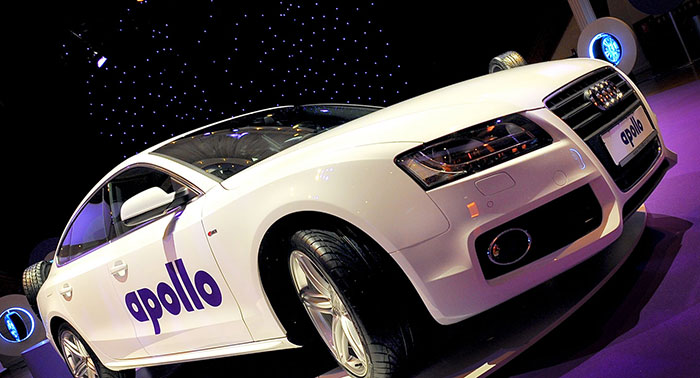 Apollo Tyres Sets Up Team to Venture into US Tire Market

After a failed bid to gain entry into the US tire market through the acquisition route, Apollo Tyres is once again preparing to make another attempt to enter the lucrative US tire market. Apollo is the second biggest tire manufacturer in India and had tried to enter the US market by making a bid to take over Cooper Tire in 2014 for USD 2.5 billion. The takeover bid failed after generating a lot of controversy.

Now, the Indian tire manufacturer is trying to reduce its dependence on the local market by strengthening its presence in other markets including Europe and the United States. The company is facing growing competition in the Indian market from cheap replacement tires that are imported from China.Apollo is currently in the process of setting up a sales team according to Chief Financial Officer, Gaurav Kumar and is seeking to enter the US market through organic growth.

By the end of the decade, Apollo wants to generate 40 per cent of its revenues through sales outside India as opposed to 35 per cent currently. The company expects to achieve this ambitious target by doubling its sales in the ASEAN (Association of South East Asian Nations) and European markets in the period till 2020.

After the faiure of the Cooper bid, Apollo had invested 475 million euros (USD 540 million) to set up a new factory in Hungary to cater to demand from customers in Europe. This plant is expected to become operational in 2017 and will make Apollo’s more competitively priced in the US also. Kumar also said that the company is hoping to secure supply deals to renowned automakers like Volkswagen AG and Daimler AG that have factories close to Apollo’s new plant in Hungary

The company will continue to invest in the Indian market as well and is planning to raise USD 250 million to fund investment to the tune of USD 400 million investment in India.This includes plans to double production at its factory that produces tires for buses and trucks in Chennaail. With the Indian government planning to spend heavily on road infrastructure projects, this is bound to yiled good dividends.

Apollo also has plans to set up a third plant in an ASEAN country if demand continues to increase and the revenues double  as part of its drive to become one of the top ten tire manufacturers in the world.