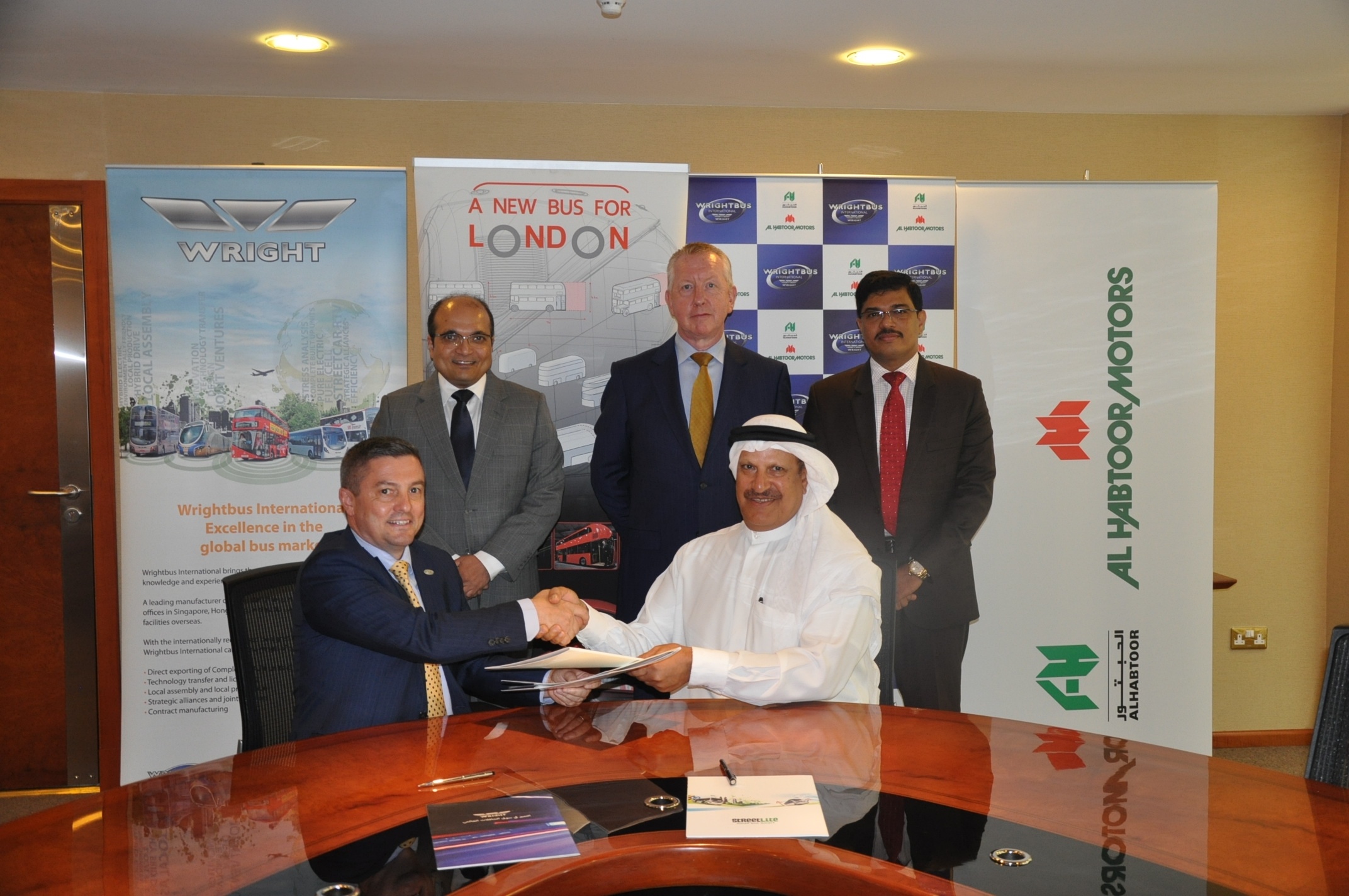 Wrightbus, which is one of the leading manufacturers of buses and is known for making the iconic new London Routemaster has signed a partnership deal with Al Habtoor Motors. The company makes a wide range of buses which are known for their low level of emissions and their fuel efficient technology.

Under the terms of the new agreement, Al Habtoor Motors will be the official distributor for Wrightbus International’s products in the UAE. Speaking about the deal between the two companies, Paul Brannigan, Wrightbus International Middle East Manager, who oversees the company’s office in Masdar City, Abu Dhabi, said that he was pleased to have this new relationship with Al Habtoor Motors and to have the company act as Wrightbus’s official distributor in the UAE. He felt there was great synergy between the two family owned companies as Al Habtoor is known in the region as the distributor for some of the most well known automotive brands in the region. He expressed his hope that the agreement heralded the start of a long and mutually beneficial relationship.

Jagdish Parulekar, CFO for Al Habtoor Motors, said that Wrightbus is a truly innovative Bus manufacturer with a global presence, an excellent reputation for quality and design and a long history in the business. As the company’s official distributor in the UAE, he expressed his desire to play a part in working with them to expand their presence in the UAE market with the support of Al Habtoor’s strong after sales division and best in class customer care to cater to Wrightbus International clients in the region.