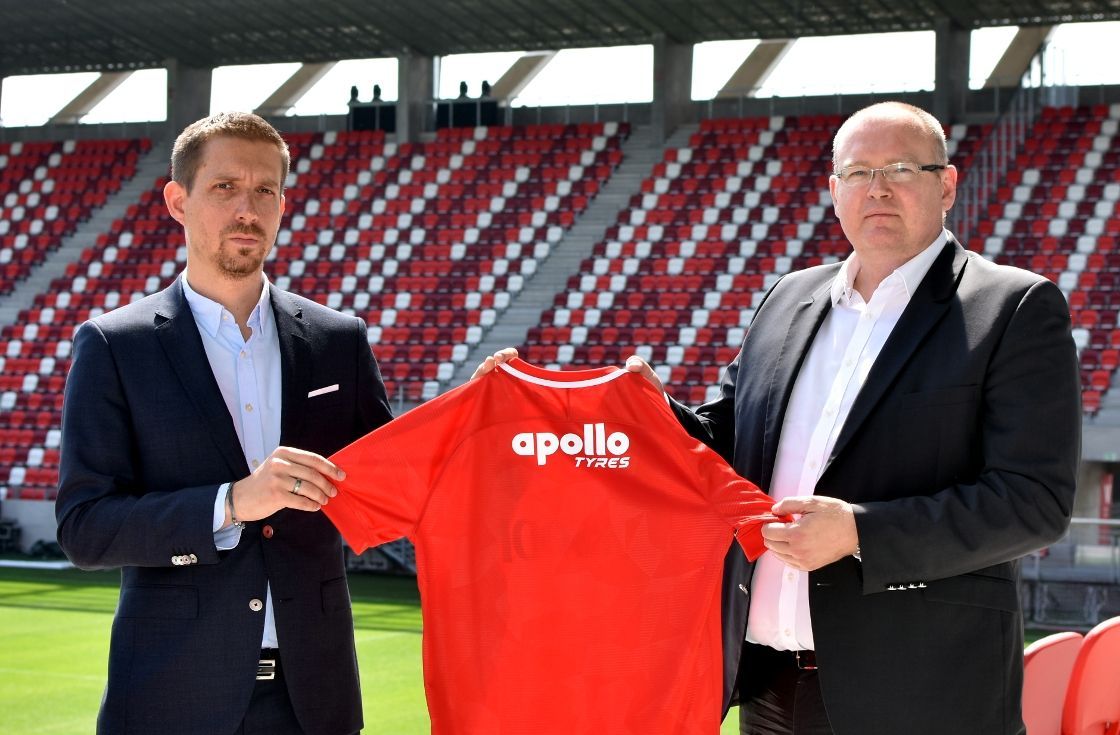 Apollo Tyres has further reinforced its ties to Hungary by signing a three year sponsorship deal with popular Hungarian sports club, DVTK. DVTK is one of the leading sports clubs in Hungary and though this partnership, Apollo is seeking to gain traction with the club’s enthusiastic and massive fan base, business partners and consumers in general. DVTK is the largest sports club in the North East of Hungary and supports a host of teams including basketball, hockey, volleyball,table tennis, wrestling, chess and e-sports.

DVTK was established in Miskolc, Diósgyõr and has a history going back to 1910. It has spent most of the subsequent years as one of the top football clubs in Hungary and currently plays in the top flight of the Hungarian football League (Nemzeti Bajnokság I). Through the deal, Apollo Tyres will benefit from greater brand visibility across various sports teams during the official match time and several other sponsorship opportunities. As part of the partnership, Apollo Tyres will offer greater grass root support to both Women and Youth football across the region.

Commenting on the partnership, Tamás Tarnai, Head of Human Resources and Corporate Support of Apollo Tyres Hungary said that Apollo Tyres’ believes in connecting, supporting and enabling the local communities and prominent regional organizations and helping them to realize their full potential. The partnership with DVTK is considered to be one of the first steps in this direction and the tire manufacturer feels that the the ethos of DVTK: One Club – One Heart – One Soul” is closely aligned to Apollo’s own philosophy.

Apollo had formally opened its greenfield facility in Gyöngyöshalász in April 2018 and is currently ramping up its production capacity. When it reaches maximum capacity, the annual output of the factory is expected to be 5.5 million passenger car & light truck (PCLT) tires and 675,000 heavy commercial vehicle (HCV) tires in phase I and these tires are meant primarily for the European market. The truck-bus radial tire facility will also be completed shortly and commercial production is expected to commence soon. Apollo Tyres markets its products under its two global brands Apollo and Vredestein.

Currently, Apollo Tyres acts as the Global Tire Partner for two popular English Premier League clubs — Manchester United and Crystal Palace. The tire manufacturer has also signed on as a partner of the German club, Borussia Monchengladbach. In India, it is the principal sponsor of Chennaiyin FC which is an active participant in theIndian Super League (ISL), and is also the title sponsor of Minerva Punjab FC.