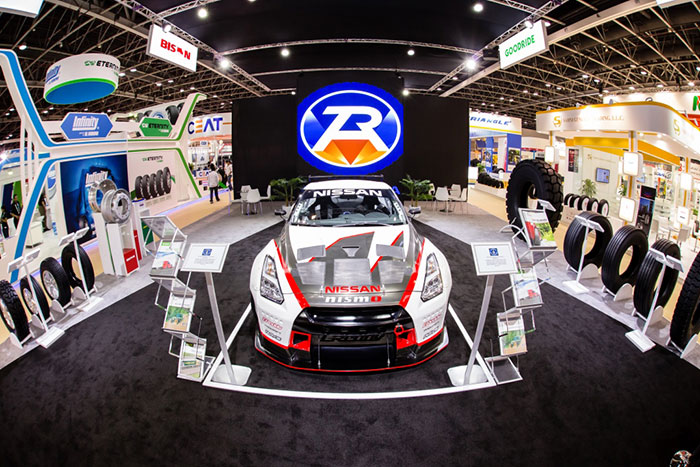 Automechanika Dubai 2016, the largest trade and networking fair for the automotive aftermarket segment in the MENA region, was successfully held from 8 to 10 May at the World Trade Center in Dubai. The show featured 2,017 exhibitors from 58 countries and welcomed more than 30,000 trade visitors from across the globe. Exhibitors were demarcated along product lines into six sections: Parts & Components, Electronics & Systems, Repair & Maintenance, Tyres & Batteries, Service Station & Car Wash and Accessories & Tuning.

The booth of Al Rahala International Trading Co. L.L.C. was located at S2-E12 in the category of Tyres & Batteries and showcased the fastest drift car in the world which had achieved an impressive speed of 304.96km/h. It caught the eye of every visitor. The car was mounted with ZC-Rubber tires.

Al Rahala International Trading Co. L.L.C. was established in Dubai in 1989 and it has been associated with Zhongce Rubber Group., LTD. ZC-RUBBER, is a the leading tire manufacturer in China who also ranked among the top 10 tire manufacturing company globally. With well-established network and authorized distributors, Al Rahala became one of the leading tire trading companies in the tyre market catering to markets of Middle East, Europe, parts of Latin America and Asia. Major brands that popular in the market are West Lake, Chaoyang, Goodride and Bison.

Al Rahala has customers across the Middle East, Africa and elsewhere, many of them market leaders in their respective countries. BBG is the biggest distributor in Saudi Arabia and is also a leading exporter to the African continent. Al Futtaim is one of the most progressive regional business houses headquartered in Dubai with more than 20,000 staff. Al Rabee Al Khader General Trading Co. L.L.C., has established a solid reputation in both Iraq and UAE, with more than 30 years of experience in the auto parts market.

Al Rahala’s participation during the three-day Automechanika Show concluded with a festive gala night. Al Rahala hosted its sixth Annual Dealers Party on the 9th of May 2016 at the Great Ballroom of Le Meridien Hotel and Conference Centre, which is located on Airport Road in Garhoud. The event was attended by 150 loyal customers from over 30 countries.