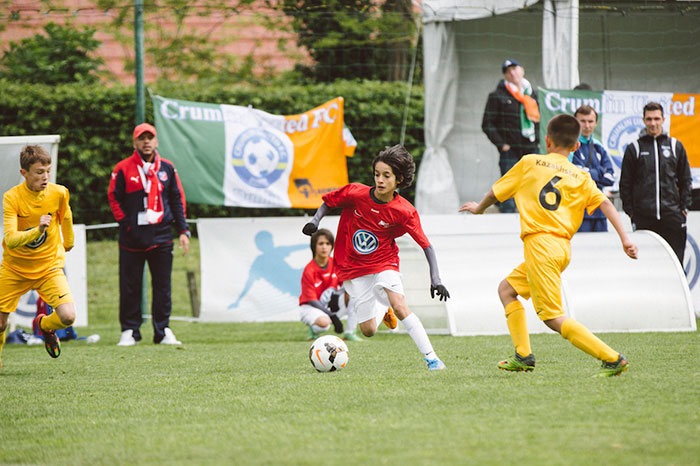 Volkswagen helped aspiring young football players from Kuwait to represent the Middle East at the 2016 edition of the Volkswagen Junior Masters world championships in Paris. The Volkswagen Junior World Masters tournament is one of the most popular and largest youth football tournaments in the world and was held from 13 to 16 May at the Clairefontaine-en-Yvelines, in Paris. The players belonging to Kuwaiti Club had a chance to face off against qualifying teams from 20 countries in a bid to become the Global Champions.

All 21 teams were classified into four groups through an official draw, and the team from Kuwait ended up in Group C, eventually going on to play against teams from Austria, Ireland, Kazakhstan and Brazil. The Kuwaiti Club missed a second place finish by a whisker when they lost the last group match against the strongest team in the group, Austria. The team members were in fine form and due to their commitment to a systematic training schedule, treated spectators to a match that was full of action, with plenty of tackles, fast passes and excellent teamwork against Austria, which eventually went on to become the runnersup in the tournament and managed to pull off a victory against Kuwaiti Club. Eventually, the Austrian team lost the championship to the German team in the finals 0-1 score.

Speaking about the team’s performance in the tournament, Kuwaiti Club Goalkeeper Ahmed AlRashidi said that the team is really passionate about football, with their hero being soccer icon Messi. He went on to say that it truly was a dream come true for the team to travel to Paris, meet football fans from different parts of the world and to get a chance to represent the Middle East at a global competition.

Speaking about the finals of the Volkswagen Junior World Masters tournament Thomas Milz, Managing Director, Volkswagen Middle East said that the Junior Masters program is meant to unite, encourage and nurture the football players of the future and to develop the potential of the youth in the local community. Over 4000 aspiring footballers have participated in the program since it was launched in the Middle East in 2011, and as many as 50 young athletes have reached the international bi-annual final in Europe.

He added, “Kuwaiti Club were fantastic representatives of the Middle East in this year’s global final and their dedication to training and their love of football is inspiring to see. I would like to thank them for their passion and dedication and wish them the best of luck for the future – no doubt we will see rising football stars of the future coming from Kuwait Club.”