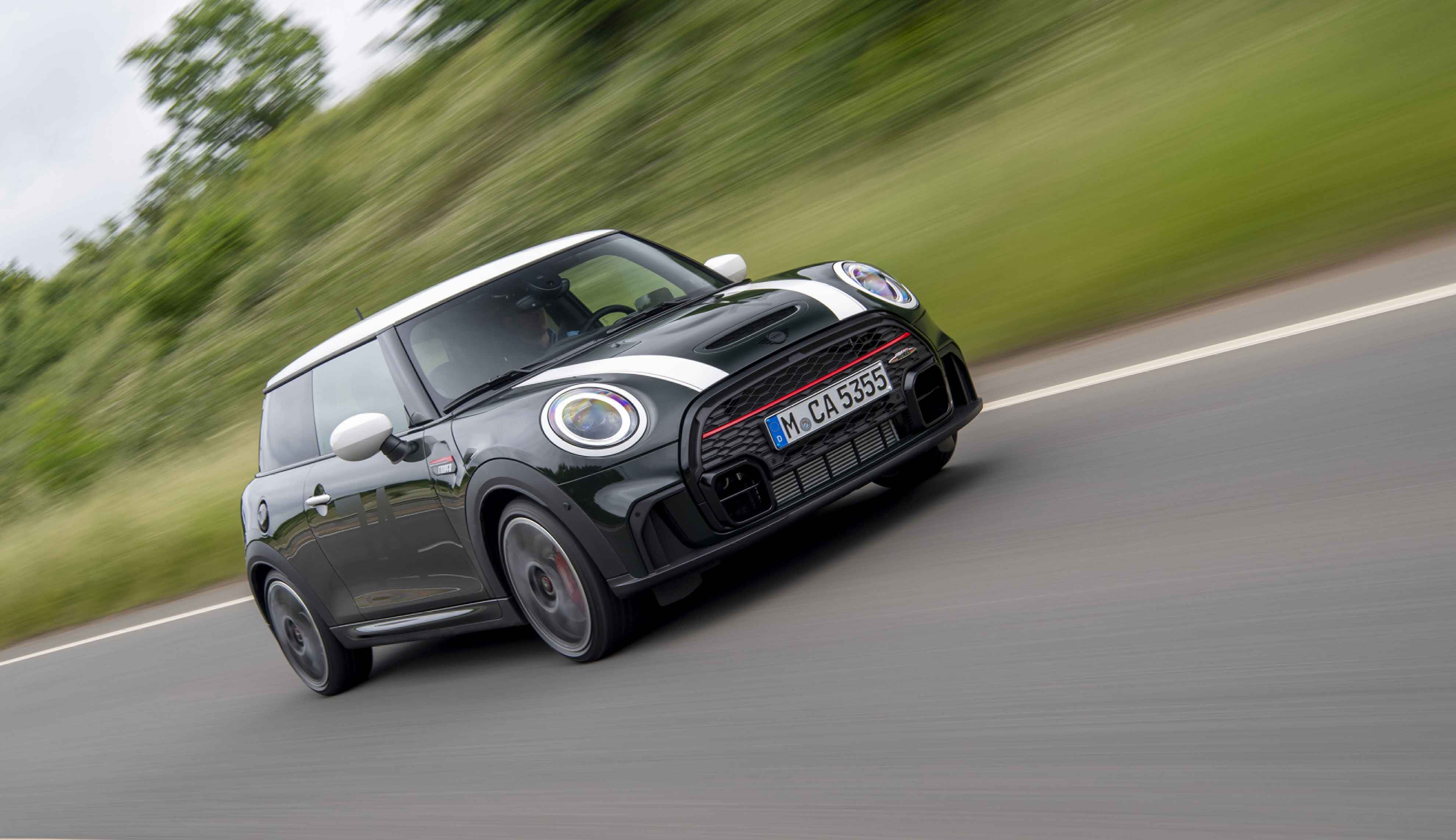 The name John Cooper, born 98 years ago today, stands not only for great successes in Formula 1, but also for the traditional sporting spirit of the MINI brand. 60 years ago, John Cooper laid the foundations for a legendary racing victory in the classic Mini. It was the beginning of the collaboration between MINI and the Cooper Family that continues today.  The shared tradition stretches from the very first Mini Cooper, launched in September 1961, to the sporty John Cooper Works models in the current model range.

To mark the anniversary, the British premium brand is presenting a special edition of the MINI 3-door that combines a return to history with state-of-the-art technology. The MINI Anniversary Edition is a tribute to John Cooper, who passed away in 2000, and a testament to how maximum driving pleasure is enjoyed in his name today, in the premium small car segment.

John Cooper earned his status as a racing pioneer as early as the 1950s and with his mid-engine sports cars, he revolutionised Formula 1. His idea, which is still used today, of placing the engine behind the driver instead of in front of him, helped Jack Brabham to secure two world championship titles in 1959 and 1960 in Formula 1 Cooper racing cars. With his penchant for unorthodox solutions, Cooper was similar to his friend and fellow designer Alec Issigonis, who in turn had caused a revolution in the small car segment with the classic Mini. John Cooper immediately recognised the sporting potential of the compact four-seater and initiated the construction of a small series of vehicles with larger brakes and an increased engine output from 34 to 55 hp. The Mini Cooper was born and became an instant success. The Cooper brand and the name lettering surrounded by a red ring now became famous. Two years later, the even more powerful Mini Cooper S followed, which laid the foundation for three overall victories at the Monte Carlo Rally in 1964, 1965 and 1967.

From then on, Cooper tuning kits for the brand’s production vehicles enjoyed growing popularity. And even before the market launch of the modern MINI in 2001, the John Cooper Works brand was created. With this brand, John Michael “Mike” Cooper, the son of the Formula 1 team boss, continued the cooperation with MINI.

Since 2008, John Cooper Works models have been at the top of the MINI range as top athletes – now with up to 225 kW/306 hp and suspension technology developed with racing know-how. The joint sporting career of MINI and John Cooper Works has been obvious in recent times by six overall successes in the Dakar Rally. In the latest generation, Charlie Cooper contributes, as a racing driver and brand ambassador, to continue the collaboration between his family and MINI.

Nuances of the shared history of MINI and the Cooper Family can be found both on the exterior and in the interior of the new edition vehicles. As early racing cars designed by John Cooper were recognisable by their green paintwork with white accents, the MINI Anniversary Editions are offered in British Racing Green metallic. Alternatively, Midnight Black metallic variant is available, and for MINI John Cooper Works the Rebel Green body colour is also offered. All paint finishes are combined with a roof, exterior mirror caps, door handles and surrounds for the headlights and rear lights in white. Other exterior trim elements are offered in Piano Black high gloss.

These exterior features are complemented by white bonnet stripes and a red accent line, a number 74 on the bonnet and doors of the edition vehicles, is reminiscent of the start of a sporting career, as the classic Mini Cooper once wore the starting number 74 when it won its first class on the racetrack.

The MINI Anniversary Edition combines the contents of the John Cooper Works Trim with model exclusive features that emphasise the sporty character and the awareness of the historical roots. For example, the suspension with frequency-selective damping is supplemented by 18-inch John Cooper Works light-alloy wheels in Circuit Spoke 2-tone design. The “COOPER” name logo can be found on the door sill trims, on the side scuttles, on the C-pillars and on the center spoke of the Nappa sports leather steering wheel.

The interior equipment of the edition includes John Cooper Works sports seats in Dinamica/leather Carbon Black finish, an anthracite-coloured headliner, stainless steel pedal set and interior trim in  Piano Black high-gloss. The red ring from the original John Cooper logo adorns the luggage compartment lid and the interior surface on the passenger side. On the driver’s side, the interior surface features the signatures of John, Mike and Charlie Cooper. As a further indication of the exclusive character of the edition, the inside of the driver’s door frame features an emblem with John Cooper’s signature, the handwritten note “1 of 740” and the words “60 YEARS OF MINI COOPER – THE UNEXPECTED UNDERDOG”.

The exclusive and sporty look of the edition vehicles can be rounded off with selected retrofit options from the Original MINI Accessories range. The MINI Waistline Finisher in Piano Black completes the attractive contrast between black and white trim elements on the exterior. Other options include a MINI Sport aerial and tailpipe trims in carbon finish. Punched and slotted John Cooper Works brake discs are also available for the MINI John Cooper Works in the Anniversary Edition.