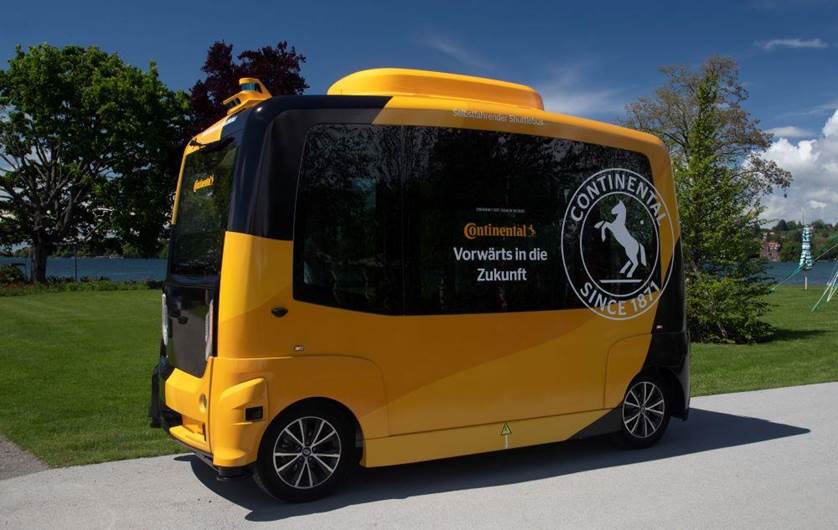 Driver assistance systems and automated driving are gaining acceptance worldwide. In China and Japan in particular, openness to the benefits of automated driving is already high, while people in Germany, France and the USA continue to have a wait-and-see attitude. Overall, the technological possibilities in terms of automated driving are far more advanced than the current willingness of drivers to use them. The situation is different, however, for driver assistance systems – here there is a consistently high degree of openness in all five countries, especially when it comes to safety-related functions. These are the key findings of the latest Continental Mobility Study, in which the social research institute infas surveyed representative samples of around 1,000 people in each of the five countries above regarding their mobility habits.

“The high level of confidence in driver assistance systems indicates that as these become more widespread, confidence in automated driving will automatically grow. Our experience has shown that acceptance increases as people get to know and understand the functions in question. Extensive testing is therefore key. This should be carried out in real-life traffic conditions in order to understand how people interact with the systems. In turn, this will provide important findings that can be incorporated into the further development of the technology,” says Frank Petznick, head of the Advanced Driver Assistance Systems business unit at Continental.

What is clear from the survey is that most drivers tend to sit at the wheel of their car out of conviction. Although new technologies are important to them, fully giving up control is still unimaginable for many people. In Germany, France and the USA in particular, the majority of respondents indicated that they would be reluctant to hand over control of the wheel to technology. More than half of those surveyed in each of the three countries believe that automated driving is useful, but also a little frightening. This view is particularly noticeable in the USA, where 75 percent of respondents are concerned about the issue – significantly more than in the other countries surveyed. At the same time, this figure has not changed since 2018.

The large contrast compared to the Far East is striking. In China and Japan, people have much more positive view of the technology. 91 percent of respondents in China and 82 percent in Japan consider automated driving to be a useful development. In addition, 79 percent (China) and 67 percent (Japan) expect the technology to become a permanent feature of everyday road traffic in the next five to ten years.

There is a lot of agreement across the countries in terms of the current arguments against automated driving: in all countries, around 80 percent of respondents say that legislation has so far not created a relevant framework for technical development on the manufacturer side. They also argue that policymakers should establish central guiding principles for use in daily road traffic.

Continental is resolutely driving forward research and development in the area of assisted and automated driving – with the objective of making the mobility of the future along with its new functions and services more secure, environmentally friendly and driver-centered. The technology company currently already occupies a strong position in the development of advanced driver assistance and automated driving systems. In the period from 2018 to 2020, Continental received orders amounting to more than €9 billion. In addition, Autonomous Mobility, an independent business area within the organization, will be dedicated to the future topic of automated and autonomous driving from 2022.

The focus will also be on components and systems for driverless taxis. These are being tested in public spaces as part of municipal collaborations, such as at the Bavarian garden show in Lindau since spring and as a field trial this summer in Tokyo, and in the fall in advance of the ITS World Congress in Hamburg with the Continental Urban Mobility Experience (CUbE) test platform. Frank Petznick: “It is precisely such approaches that make the possibilities of automated driving more tangible for people and further build confidence in the technology.”

There is no lack of general openness to technology among the people in the five countries surveyed. In fact, the majority of those in Germany, France, the USA, China and Japan are already open to handing over subtasks such as parking completely to assistants or to being supported in traffic by technology, for example by a turn assist system. People in China (91 percent) are particularly appreciative of right-turn assist systems that specifically protect cyclists and pedestrians from turning vehicles. However, there is also a great deal of interest in this development in the other four countries surveyed – more than 70 percent of all respondents would like to use a turn assist system in road traffic. In Japan, the deciding factor here is price.

In a comparison of the five countries surveyed, the idea of fully handing over parking to an autonomous assistant is found to be particularly appealing in China (more than 90 percent). Although between 62 and 64 percent of respondents would like to use this technology in Germany, France, the USA and Japan, their decision is dependent to a greater extent on the price of the driver assistance system. In China, price plays a role for only five percent of respondents, while in Japan the corresponding figure is 21 percent.

Since 2011, the technology company Continental, with the support of the market and social research institute infas, has carried out the Continental Mobility Study on various key topics at regular intervals. The current Mobility Study is the sixth edition of the study, which asks people in Germany, France, the USA, China and Japan about various aspects of mobility. The first stage in September 2020 concentrated in particular on the effects of the coronavirus pandemic on mobility habits and on attitudes toward electric mobility.

In a second stage in October 2020, the key topic of in-car technological developments was chosen. For this purpose, a representative sample of the population was surveyed in each of the five countries. The focus in the second phase was on openness to the development of automated and autonomous driving. Respondents were asked about their general attitude toward automotive mobility, their openness to various driver assistance systems and technological functions as well as their willingness to share mobility data.