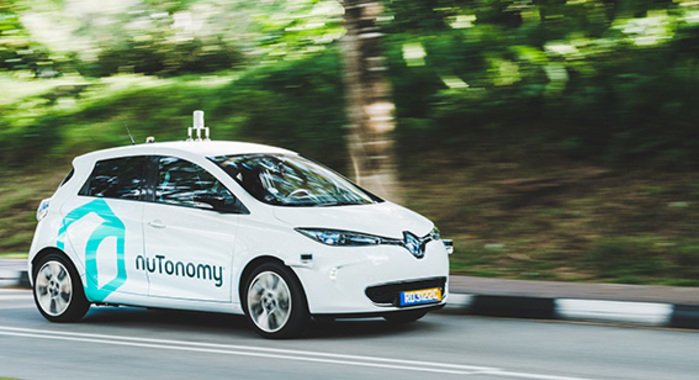 nuTonomy, which specializes in developing high-tech software for self-driving cars, has been named as a 2017 Technology Pioneer by the World Economic Forum. The company has developed a complete technical solution for autonomous driving even in highly complex urban scenarios. This solution comprises software for perception, mapping, decision-making, and vehicle teleoperation.

The World Economic Forum’s Technology Pioneers program every year recognizes early-stage companies across the globe based on their potential to make a significant impact on business and society through new technologies. By winning this accolade, nuTonomy joins many renowned companies like Blockchain, Twitter, Airbnb, Google, Kickstarter and Dropbox.

Commenting on being named as a technology pioneer, nuTonomy CEO and co-founder, Karl Lagnemma said that it was a great honor to be recognized for the company’s work to change the fundamentals of mobility. He said the recognition highlighted the progress nuTonomy has made in tackling one of the most challenging aspects that self-driving cars face: urban driving.”

Growing connect with automakers
nuTonomy’s sophisticated software and sensor system can be used on any vehicle irrespective of make and model to make a fully autonomous vehicle (AV). The company has plans to launch the world’s first commercial AV mobility-on-demand service in 2018 in Singapore. During a public trial that was held last year, nuTonomy became the first company in the world to test its AV mobility-on-demand service. From the beginning of this year, nuTonomy has been testing its self-driving cars on public roads in the Seaport section of Boston

Earlier in June, nuTonomy had signed a strategic R&D partnership agreement with Lyft as part of an effort to understand and optimize the end-to-end experience of passengers in autonomous vehicles. nuTonomy is planning to leverage the partnership to gain valuable insights into all aspects of ensuring a passenger’s comfort and safety during an AV ride – right from routing and booking to the performance of the driving system and how it interacts and communicates with the rider.

nuTonomy also has a non-exclusive strategic partnership with Groupe PSA, which is one of the largest automobile manufacturers in Europe, to seamlessly integrate its AV system into Peugeot 3008 vehicles for on-road testing. The company has also joined hands with four other OEMs to test its system on different car platforms: Renault, Mitsubishi, Lincoln, and Land Rover.