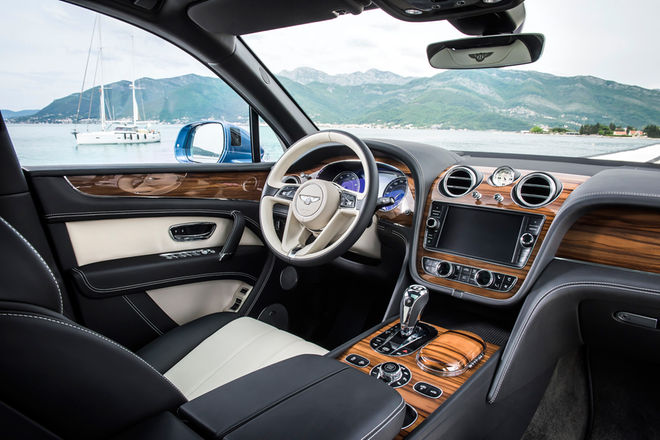 The interiors of a vehicle are important, especially if you spend a lot of time on the road and do not have much to spend on a high-end model. Ward’s Auto has just published its definitive list of the 10 best automotive interiors in 2017 models. The good news is that the list includes not only luxury marques like Bentley and Maserati but also includes reasonably priced models like the Honda CR-V, Subaru Impreza (which is the most affordable on the list) and the Mazda CX-9.
Other notable winners of the 10 Best Interiors include the LC 500 from Lexus, the Bentley Bentayga, Alfa Romeo Giulia, Lincoln Continental and Mini Countryman. The Bentayga is one of the priciest models on the list with a base price of USD 278,730.

Ward has published its list of the 10 best interiors for the past seven years. In order to be considered for the list, all the models must have either all-new interiors or those that have been considerably revamped for sale in the US market. The editors at Wards took many criteria like comfort, fit-and-finish, ergonomics, aesthetics, materials, and user-friendly electronics into consideration before choosing the winners. Other models that made the list included Buick LaCrosse, and Maserati Levante.

Speaking about the award, Julien Montousse, Mazda’s design director said in a statement that the company designed the Mazda CX-9’s interior right from the beginning with the concept of ‘Smart Indulgence’ in mind, recognizing that there’s a need to walk a fine line between meeting needs and wants. He said that the company’s goal was to maximize both functionality for families and the opulence needed for a couple looking for a getaway.

The Lexus LC 500 made it to the list on the basis of its striking interior and design elements like a dramatic door trim with grooves that flow visually.

Jeff Bracken, Lexus vice president and general manager, in a release, “Since the concept LF-LC was introduced five years ago — a concept car come to life — there has been nothing but excitement and anticipation for the production LC. Working closely with the engineering team, LC designers pursued new means to redefine Lexus style with a dynamic look and the brand’s signature attention to detail.”