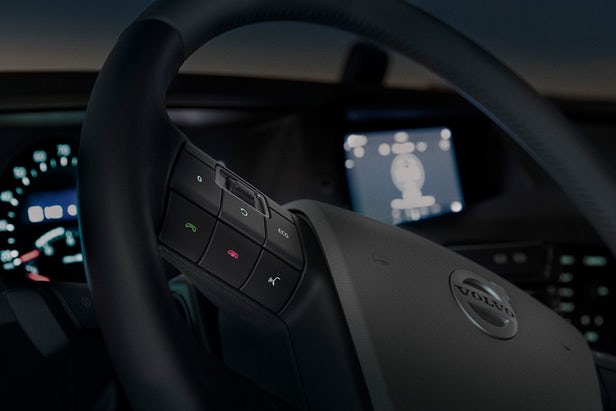 Volvo has borrowed features from its car technology to make the ride smoother for truckers. Volvo has added several features that it had developed for its range of passenger cars to its line of semi trucks, including a navigation system that will make that is seamlessly integrated into the dashboard controls.

Now, instead of using separate units for entertainment, navigation and fleet management, truckers need to use only one system that integrates all these functions. The system is easily controlled through a combination of touchscreen, voice controls and steering-wheel buttons.

The new system facilitates inputs using addresses, coordinates and through touching a specific point on the map. The system can also be used for fleet management as it can provide drivers with access to internal messages, coaching and deadline info. Information regarding their driving patterns and fuel economy can be shared through the system.

When it comes to entertainment, the system integrates streaming services like TuneIn, Deezer and Spotify as well as DAB+ digital radio. All inputs can be controlled using the push-to-talk button on the steering wheel, in order to minimize driver distraction.

Speaking about the new system, Anders Edenholm, Chief Project Manager at Volvo Trucks. “Overall this helps create an enhanced and said that drivers can now easily personalize their workspace and make the driving experience safer by using the new system.

This is not Volvo’s first effort to make its trucks more user friendly for long-haul drivers. The company has been offering a dual-clutch gearbox that offers better fuel economy and smoother shifts as an optional feature from 2014.