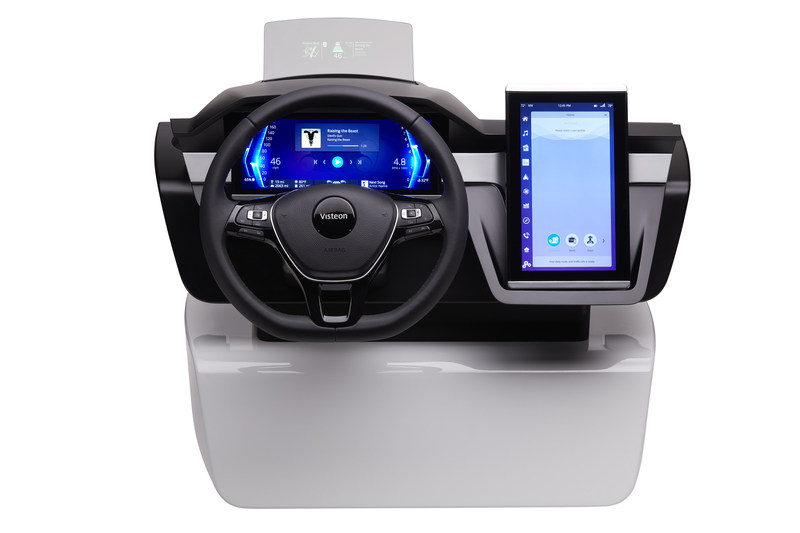 Visteon's SmartCore(tm) cockpit domain controller offers a solution to integrate the instrument cluster, infotainment system and other emerging technologies in the vehicle cockpit on a single system-on-chip. (PRNewsfoto/Visteon Corporation)

Visteon, which is one of the leading suppliers of cockpit electronics has won the 2018 PACE award from Automotive News its industry-first SmartCore cockpit domain controller platform. The renowned PACE Awards recognize technological advances, innovation and breakthrough processes in the automotive industry and the winners were announced on April 9.

It offers automotive manufacturers several benefits including reduction of costs, lightweighting and significantly less power consumption. With the industry moving towards wider adoption of electrified powertrains, power consumption will become increasingly important in the future.

Visteon plans to launch SmartCore later this year with a leading automotive manufacturer base in Europe and it is also slated to be featured on several additional vehicle programs which will be unveiled in the coming years.

Commenting on the PACE award, Visteon’s President and CEO Sachin Lawande said that Visteon was proud to be recognized with an Automotive News PACE Award and said SmartCore serves as a prime example of the company’s dedication to technology innovation and leadership in automotive cockpit electronics.