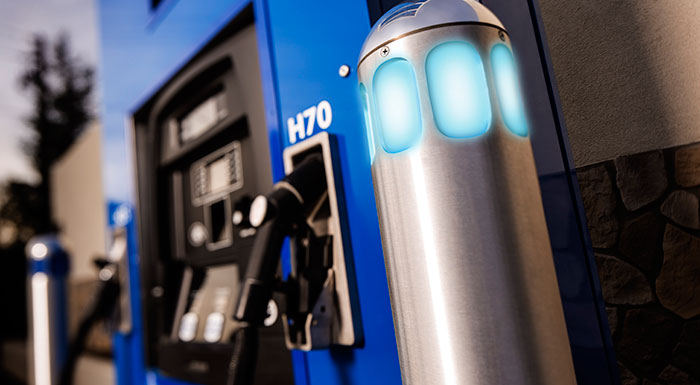 True Zero, which operates what is arguably the biggest network of retail hydrogen-charging stations in the world crossed a significant milestone last week when it powered over 1 million zero-emission miles by fuel-cell vehicles. A relative newcomer on the scene, True Zero opened its first charging station nine months ago, and the speed with which the company crossed the 1 million mark attests to the growing popularity of fuel-cell vehicles in California. The achievement was easier due to the fact that many renowned automakers including Honda, Hyundai, Mercedes-Benz and Toyota are expanding their range of fuel-cell-vehicles.

With the growth of the charging network, Toyota has recently focused on increasing sales of its hydrogen-powered Mirai in California, while Honda is all set to launch its new fuel-cell vehicle, the Clarity in California.

Commenting on the achievement, Joel Ewanick, founder and CEO of True Zero’s parent company, First Element Fuel said that the company is finally beginning to see the impact of what it started out to accomplish two years ago, as part of its drive to increase the number of electric vehicles on the road by increasing the existing infrastructure for easier access to retail hydrogen.

In the period from November 2015 to May 2016, True Zero established as many as 15 hydrogen stations throughout California from Lake Tahoe, right down to Los Angeles and Orange County. Of these, 14 make sell hydrogen for retail fueling. The network will be extending its reach to San Diego, where True Zero recently broke ground for a refueling station. Linde also operates a retail hydrogen-charging station in Sacramento, which helps connect the major metropolitan regions ofCalifornia.

The first stage of the True Zero Hydrogen Network was developed with the aid of grants obtained from manufacturers like Toyota, and Honda as well as the California Energy Commission, the South Coast AQMD and the Bay Area AQMD.

According to California Energy Commissioner Janea A. Scott, the Energy Commission was proud to have played a part in funding the development of True Zero’s hydrogen-refueling stations. She said the milestone reflects the progress the Californian market has made in the past few years when it comes to the adoption of zero-emission vehicles. This will go a long way in helping the state achieve its ambitious climate goals and stick to federal clean air standards and ambitious climate goals.

“We set out to show that a hydrogen-electric vehicle can be a true replacement for a gasoline engine, to be seamlessly driven throughout California with just four-minute stops to charge along the way,” added Ewanick. “Now we’re seeing it catch on and people have driven more than a million miles in their fuel-cell vehicles, using our network to fuel up.”

Ever since the network was opened to retail customers, the True Zero Network has recharged over 6, 300 vehicles and used up more than 15,900 kilograms of hydrogen. These figures were used by the company to calculate that it had crossed the 1 million mark when it comes to zero-emission miles.