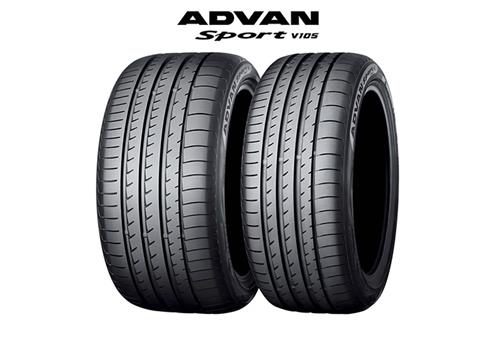 Yokohama proved that its tires have come a long way when its Advan Sport V105 tire emerged as one of the top performers in Evo magazine’s 2016 ultra-high performance tire test. EVO conducted test at Continental’s testing facility in Texas. The 19 inch tires in size 235/35R19 were fitted on a Ford Focus ST with an output of 247bhp. It was the first time 19” tires were used in an Evo test. When it came to the overall rankings, the Yokohama tire gained joint-second position while it was the outright winner of the wet test.

In the test, tires from nine leading tire brands were evaluated against each other. A series of 11 tests were performed altogether and the Advan Sport V105 gained strong praise for its performance in wet weather. It was also judged to be a good all-rounder tire.

Commenting on the tire’s performance, David Seward, managing director Yokohama HPT said that Yokohama tires are becoming increasingly popular with both car manufacturers and performance enthusiasts. He added that this latest accolade from Evo magazine highlights the results of the immense efforts that have been made by Yokohama’s global technical and development teams.

He added that in view of the frequent rains in the UK, drivers end up spending a lot of time driving around on wet roads. The Evo test proves that using Yokohama tires makes a great deal of sense if motorists want to maximize their vehicle’s performance and grip in rainy conditions.

Yokohama is also targeting more high performance OE fitments and has added more manufacturers like Audi, Porsche and Mercedes-Benz to its list of OE collaborations.