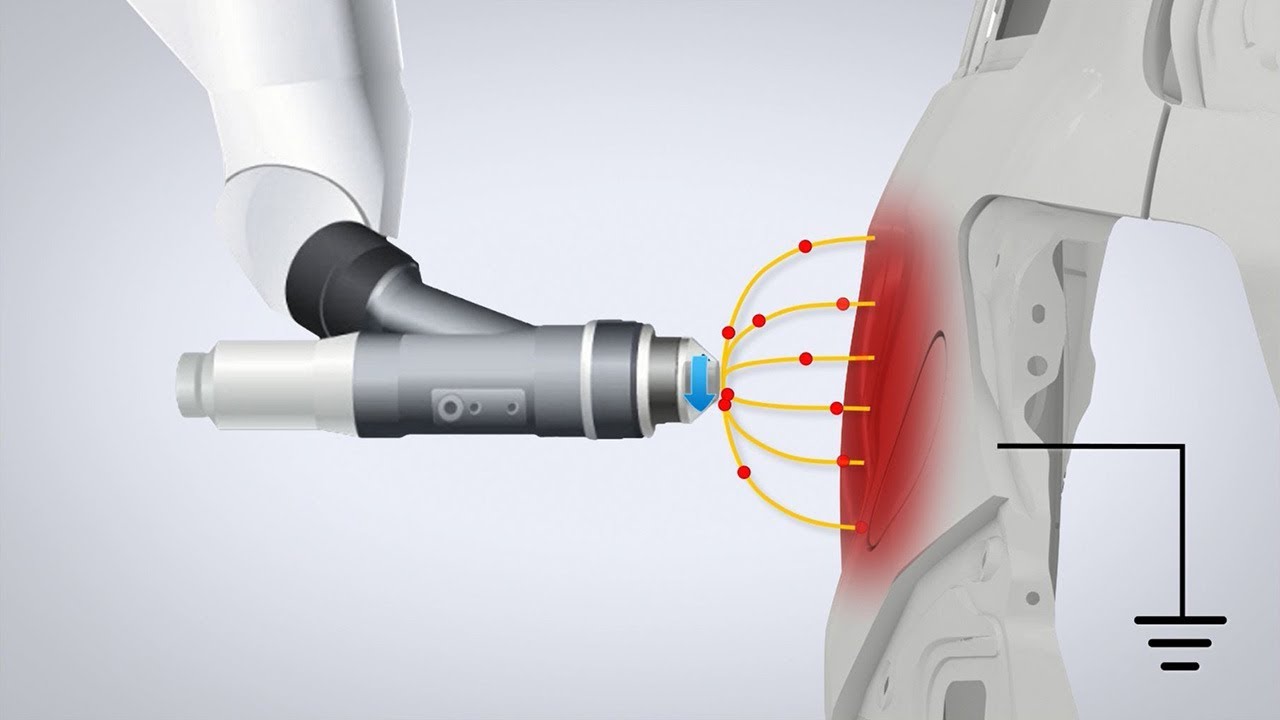 Toyota has become the first car manufacturer to use an airless paint atomizer to paint car bodies at its factories in Japan. It is part of the automotive manufacturer’s drive to develop techniques that are faster, more innovative and more efficient for the production of cars. Toyota also claims that the use of the new technology causes less pollution.

Toyota says that it has managed to achieve over 95 percent coating efficiency by using this technology. This means that more than 95 percent of the paint used actually sticks to the body as compared to the 60 to 70 percent efficiency when using conventional paint atomizers which use air. According to Toyota, in addition to making the process of painting cars more efficient, the technique could potentially reduce the Toyota Group’s carbon dioxide emissions by about 7 percent.

When compared to a normal paint atomizer, the machine arms for the airless paint atomizer look similar, but the small parts that distribute the paint at the tip of the gun are quite different. The airless atomizer comes with a rotating tip that creates centrifugal force when spinning. This tip has about 600 grooves which direct the paint. Once the tip is in action, it draws the paint into the grooves while creating an electrostatic umbrella directed towards the car. The paint oozes through the grooves, thus forming into tiny dots, and is drawn onto the body of the car making the painting process more accurate.

When air is used, the paint is basically thrown at the body of the car and a lot of paint is lost to rebound while some of the paint sticks.

One possible issue with this kind of painting process is that the car bodies are uneven by nature. When the distance between the nozzle of the paint gun and the body fluctuates, it is not easy to maintain a steady electrical current.

Toyota tried to get around this by engineering its atomizer to monitor the variations and automatically adjust the current so that flow is more even. The spray gun maintains about 3.9 inches of distance between the tip and the car body to ensure that the paint particles are evenly distributed and sized.

Currently, Toyota is using this technology at plants in Takaoka and Tsutsumi, but it is expected that this technology will eventually be used at all its plants across the globe. Toyota is also considering the option of licensing the technology to other companies.