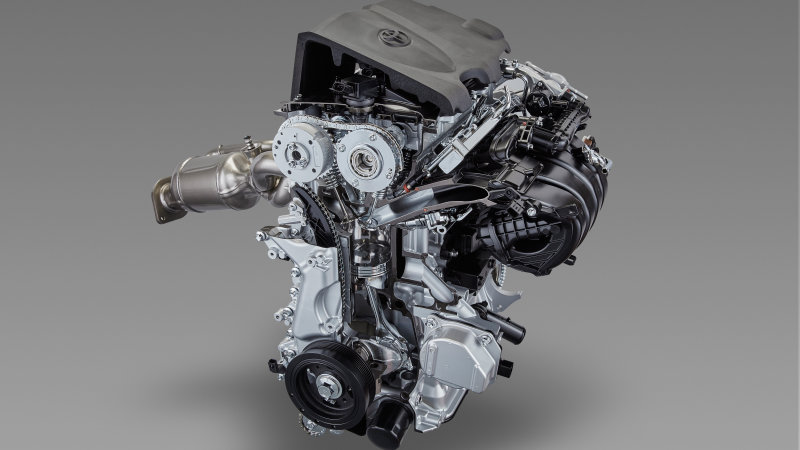 Fear of global warming and concern about air pollution has caused many governments across the world to tighten norms regarding carbon emissions and fuel economy. This has prompted all leading manufacturers to strengthen their focus on research and development with the aim of developing more efficient technologies to comply with these stringent norms. Toyota has revealed that it is developing a number of more efficient powertrains including a new hybrid system, a new 2.5-liter direct-injection inline four-cylinder engine, as well as two new transmissions, an eight and 10-speed. All these new technological innovations will be made under the umbrella of the Toyota New Global Architecture, or TNGA. The company is planning to roll out these new powertrains in its new models beginning next year.

Like Mazda’s Skyactiv technology, TNGA, is not just about developing new powertrains but is a whole new design philosophy. The first vehicle that was made using the TNGA platform was the current edition of the Prius. With TNGA, the focus was on improving all aspects of the vehicle including braking performance, ride, and handling. The new powertrains that have been developed will complement the new platform by making vehicles more fuel efficient and fun to drive and fuel efficient. TNGA can be easily adapted for front, rear, or all-wheel drive layouts, and hence it can be implemented in a wide range of future models.

Toyota is one of the frontrunners when it comes to hybrid technology and based on what it has learned during the development of the current Prius, Toyota developed the new Toyota Hybrid System II, or THS-II, for rear-wheel drive applications. When compared to the current model, the new powertrain exhibits a greater level of efficiency and performance, especially at higher speeds. It also has been adapted for better use in plug-in vehicles and for the first time, the electric motor component will be providing direct driving power. Earlier, it had only acted as a generator.

The new, naturally aspirated 2.5-liter four-cylinder, has also been designed around the TNGA platform with the most notable change being in the thermal efficiency of the engine. Thus, the new engine has better exhaust and cooling as well as a higher output. The new engine, which can work in both conventional and hybrid applications, will be used in both the Toyota and Lexus range.

Just like the new engines, Toyota’s two new automatic transmissions are also based on the TNGA system. They will have a design that is lighter and more compact when compared to similar transmissions. The new 10-speed transmission is meant for use in rear-wheel drive Lexus models like the GS and LS. The tuning of the transmission has been adjusted to make shifting smoother and to improve response.

Over the next five years, Toyota is planning to roll out 17 variants of nine new engines, including the new 2.5-liter four-cylinder. The TNGA is an adaptable platform, and the use of shared components will make the entire process smoother. It is Toyota’s target to have the new powertrains in 60 per cent of its models sold in the Japan, Europe, China and the Unites States by 2021. The Japanese auto manufacturer also seems to be slowly shifting focus from the development of vehicles using hydrogen fuel cells to electric vehicles powered by batteries.