Home News Parts Toyota to Invest USD 373.8 million in Production of Hybrid Powertrains in the US 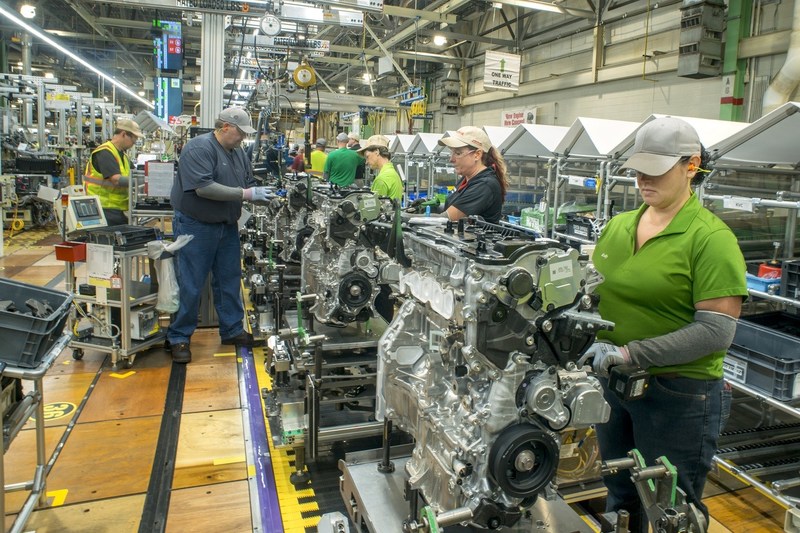 Toyota to Invest USD 373.8 million in Production of Hybrid Powertrains in the US

Toyota Motor Corp. has announced that the company will be investing USD 373.8 million for production of hybrid powertrains in the United States. This is the first time that Toyota will be making powertrains with components that are completely made in the United States. The investment amount will be distributed between five factories in the US and each new project is scheduled to begin this year and expected to be completely operational by the end of the decade.

According to Toyota Motor North America CEO Jim Lentz, the investment is part of the company’s long-term commitment to make more vehicles and components in the markets where they are sold.

Toyota will be investing USD 115.3 million in its Buffalo plant for making hybrid transaxles. Another USD 120.9 million will be used for ramping up the 2.5-liter engine capacity at the Toyota plant in Georgetown, Ky., while USD 14.5 million will be used for modification of the company’s Bodine Aluminum plant in Jackson, Tennessee which is engaged in the production of hybrid transaxle cases, housings and 2.5-liter engine blocks.

The engines made at the George town plant and the transaxles produced in West Virginia will be fitted in the hybrid vehicles made in North America like the Highlander Hybrid that is made in in Princeton, Ind.

Production of 2.5-liter cylinder heads will also increase at Bodine Aluminum’s Troy, Mo., plant with $17.1 million, and $106 million will be invested in Toyota’s Huntsville, Ala., plant to manufacture engines made as part of the manufacturer’s New Global Architecture strategy. The strategy is meant to reduce the cost of developing new vehicles, to some extent by using more common components.

The expansion of the Alabama plant will create 50 jobs, according to Toyota.
There will be no increase in the workforce at the other four plants due to the investments but it is expected that the investments will help stabilize the employment levels of these plants in the future.

According to Toyota President Akio Toyoda, Toyota has plans to invest USD 10 billion in the U.S. market over the next five years.