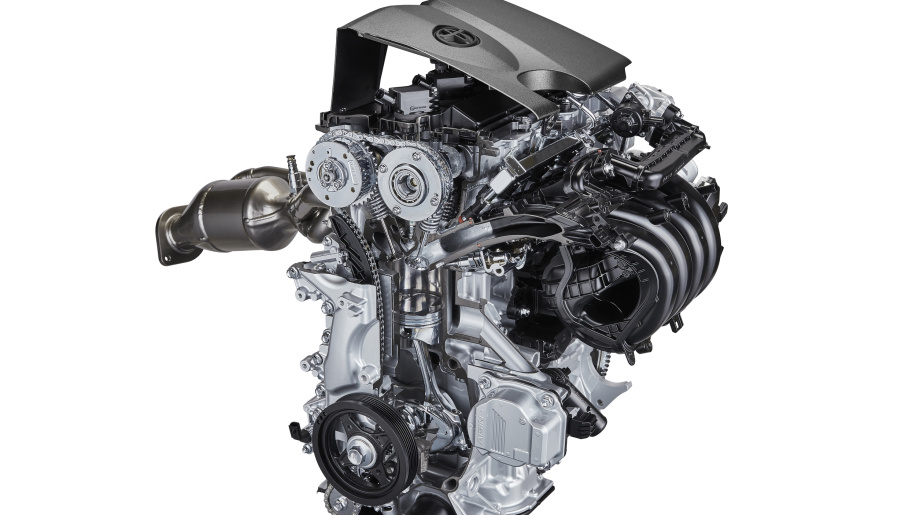 Toyota has developed what it says is the most thermally efficient 2.0-liter petrol engine. The four-cylinder, Dynamic Force Engine has thermal efficiency of 40 per cent and this makes the engine the most thermally efficient engine in the world in its class. When it is paired as part of a hybrid system, the thermal efficiency is increased to 41 percent, which is the same as that of the 1.8-liter hybrid unit in the 2018 Prius.

The 2.0-liter DFE like the 1.8-liter engine has a larger valve angle, and a heat recovery system that minimizes loss of energy in the exhaust and coolant systems. Other notable features include laser-clad valve seats for an improved air/fuel mix, mixing port and direct injection depending on the load to optimize fuel efficiency and for reducing the loss of energy due to friction.

The output of the engine is capped at 169 horsepower and the torque increases across the entire rev range. Toyota expects the engine to be fully compliant with future exhaust regulations..

The Direct Shift continuously variable transmission is the first CVT in the world that comes with a launch gear that is used when the car is powered from a stop and at low speeds. The gear is a lot more efficient than the belt, with the outcome being more powerful acceleration. Toyota has thus revamped the entire unit so that the pulleys and belt are smaller, the belt angle is smaller, the ratio spread is 15 percent wider, and the shifting occurs 20 percent faster. The CVT alone helps to increase the fuel efficiency by 6 percent over the previous unit.

Dynamic Torque Vectoring AWD for Toyota’s non-hybrid gas-engined vehicles comes with ratchet-type dog clutches on the front and rear driveshafts. In the two-wheel-drive mode, the rear clutches disconnect to save fuel. The new E-Four system will be fitted to AWD hybrids and use electric motors to send 30 percent more torque to the rear wheels than in current all-paw Toyotas.

The new engine will be first seen in the new Corolla iM.