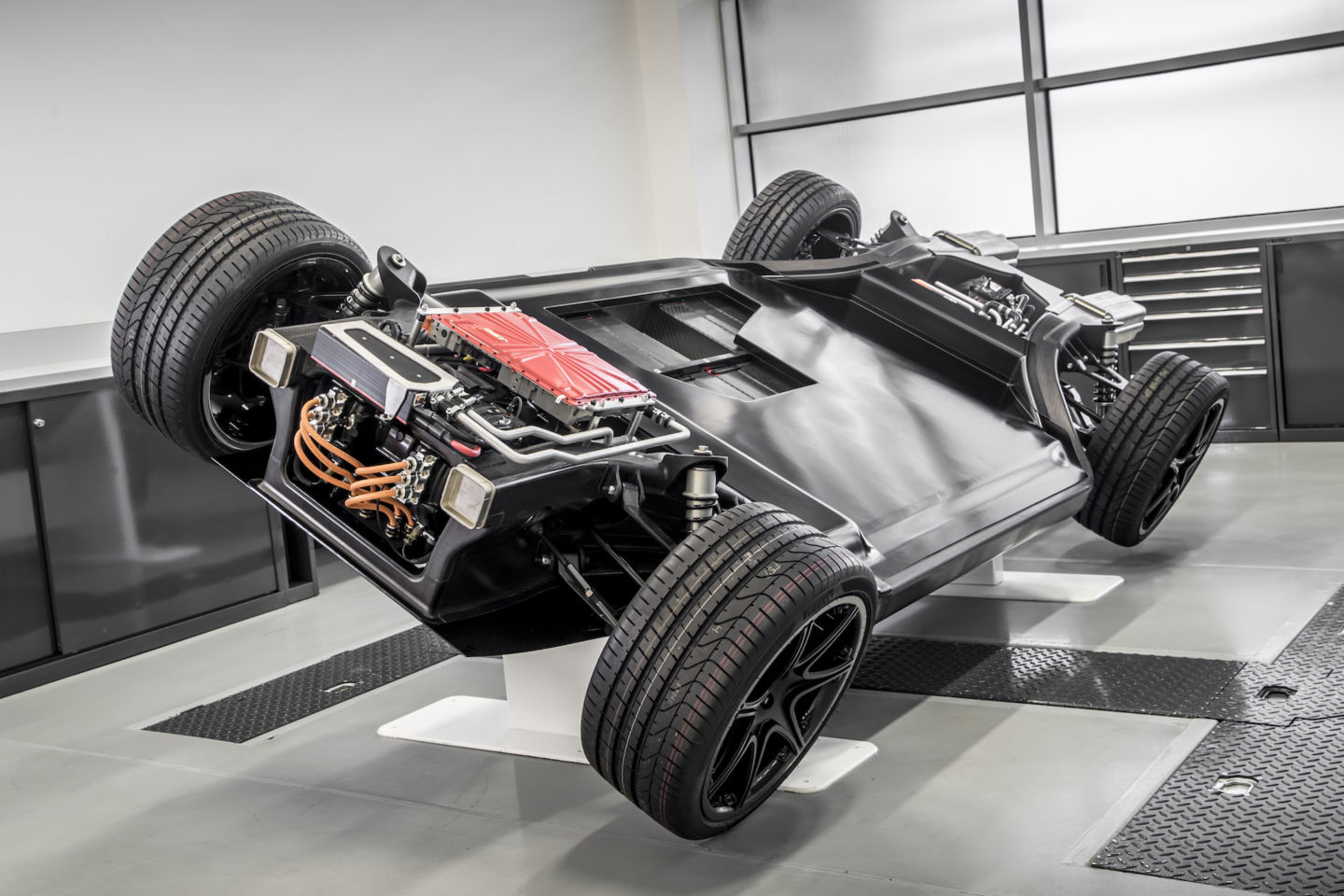 Frank Williams Advanced Engineering, a sister concern of the renowned F1 team, has developed a new electric vehicle platform called the FW-EVX. The platform has an integrated design that cleverly integrates the batteries and their associated cooling, suspension for up to four motors, and crash structures. It has a scalable design that can be used for both midsize and larger electric vehicles. Another notable feature of this design is that it is highly lightweight, due to the extensive use of carbon fiber, not just as part of the structure but also in the suspension.

Paul McNamara, technical director at Williams Advanced Engineering said that an electric vehicle made using the FW-EVX platform can be lighter, safer, greener and much more cost-effective than one that is an adaptation of a conventionally powered vehicle or one that is assembled from individual systems sourced from a technology supplier.

Williams effectively leveraged the expertise it gained through building batteries for Formula E cars by using high-strength battery modules that play a key role in the overall strength and stiffness of the “skateboard”-style chassis.

“We have invented a method of creating an engineered hinge embedded in a single composite preform that allows 3D structures to be created from 2D materials, then folded when required, called 223TM, and it opens up the potential to use new types of assembly processes alongside much lower cost, more flexible logistics,” explained McNamara.

The cells are enclosed in a honeycomb like structure of interlocking composite boxes. Each box is made as a sheet, which is then folded and bonded into the right shape to make a larger battery pack. There is also a heat sink that is built into the floor to reduce the demand for cold air through the cooling system and a method of inferring battery cell temperatures. Hence, there is no need to monitor individual cells.

Even the suspension wishbones have a novel design. They are made from carbon composites (80 percent of which are recycled) and press-formed into shape in just 90 seconds. The parts do not cost more than the conventional ones which are forged from aluminum, yet they weigh 40 percent less. In total, the FW-EVX weighs just 2,193lbs (995kg), including a 772lb (350kg) 80kWh battery pack.