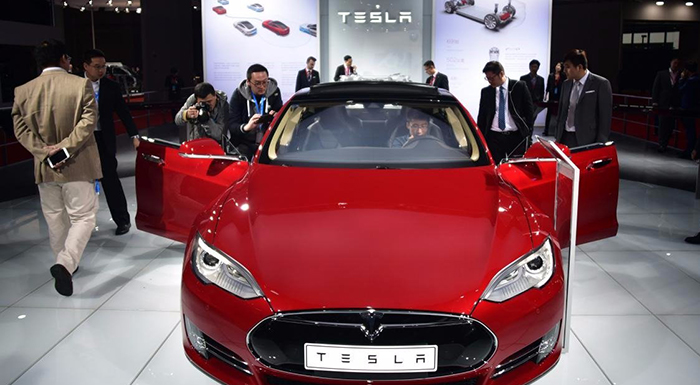 Just a few months following the launch of its famed Autopilot driving system in the model X, Tesla has upgraded its software with extra features.

The software update which was released with version 7.0 software has added a suite of new features to the Autopilot functionality and launches the first edition of Summon. The ‘Summon’ feature works by prompting the garage door to open. Similarly, it will open the garage door and come to greet the driver when required.

Tesla claims that Summon eliminates the problem of having to squeeze in and out of tight parking spots. The American automaker said that it would ultimately be able to drive anywhere across the country to meet the user, as well as charge itself along the way.

Tesla’s updated software also focuses on limiting the hands-free operation, as new features will be restricted on residential roads or roads without a center pider.

During the software’s release in October, Tesla revealed that the autopilot feature is designed to relieve drivers of the potentially deadly and tedious aspects of road travel. Tesla Version 7.1 software is designed to reduce its speed in near curves on the highway, thus eliminating the risk of mishaps.

In a statement, Tesla said that the Version 7.1 software’s release is the next step toward the development of fully autonomous driving capabilities and delivering them through over-the-air (OTA) software updates, keeping their customers at the vanguard of driving technology in the coming years.