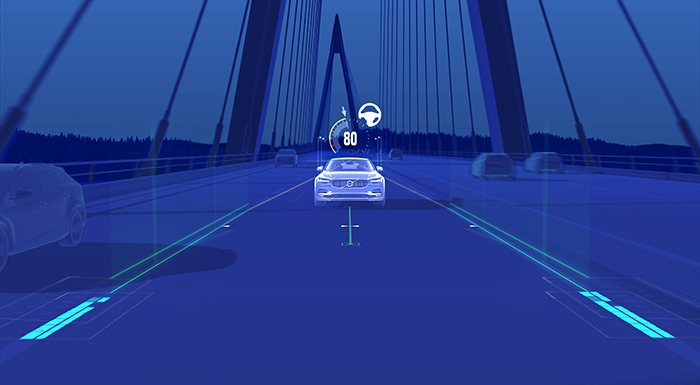 Volvo is now launching an advanced version of its semi-autonomous Pilot Assist software on the new S90 sedan, and making it standard on all S90s sold in the USA.

First launched on the 2016 Volvo XC90, Pilot Assist enables the vehicle to accelerate, decelerate, come to a stop and steer in road conditions with clear lane markings on the car in front up to speeds of 80mph. The S90’s second generation Pilot Assist will enable these functions to work up to highway speeds of 80mph without a pilot car. So far, the S90 will be the first-ever car in the US that makes semi-autonomous technology standard.

According to Lex Kerssemakers, President & CEO of Volvo Car USA, making semi-autonomous features standard in the S90 symbolizes Volvo’s dedication to autonomous driving and their Vision 2020. He added that the S90 would be the first vehicle to provide this semi-autonomous technology as standard.

The strikingly sporty Volvo S90 is making its public premiere at the 2016 North American International Auto Show in Detroit and is slated to be available in U.S. retailers later this year.