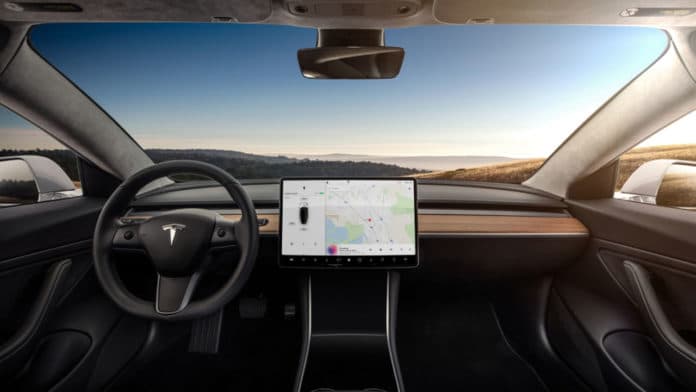 Tesla has recently filed a special patent. According to the information on the patent application for the new system, it would deal with the use of laser beams for cleaning the windshields of cars. Tesla chose to term this as “pulse laser cleaning of debris accumulated on the glass articles in vehicles and photovoltaic assemblies”.
The system would comprise laser projectors that would be placed on the hood, bass and rear bumper of the cars. The lasers would be used for the cleaning of all the glass surfaces in Tesla vehicles, especially those which are used for the installation of the components of the Tesla Autopilot semi-autonomous driving system. Cameras would be used for detecting dirt on the windshield, side or rear glass and this dirt would be burnt away with the use of laser beams.

It is debatable whether lasers are really more effective than wipers when it comes to the cleaning of glass surfaces. It is however true that there are many surfaces that cannot be reached by using windshield wipers.
Tesla experts have addressed the possibility of laser passing through and possibly causing damage inside of the glass by providing the glass with an indium tin oxide coating which the laser beams cannot penetrate.
Tesla says that the system can also be used for cleaning photovoltaic solar panels. Impurities in solar cells can significantly reduce their ability to generate electricity and cleaning of solar panels is a complex and labor-intensive business.

We will wait till the technology is publicly available to answer the question of whether lasers are really an effective cleaning tool.