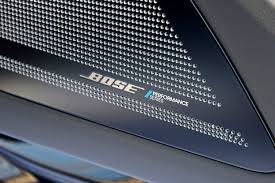 A recent survey conducted by the In-Vehicle UX (IVX) team revealed that Bose was the most preferred brand for premium audio in all countries in Western Europe and the United States. In general, motorists showed a higher level of interest in adding a premium audio system as an option in 2018 as compared to 2017.

Titled “premium Audio Report”, the survey covered consumers in the US, France, Germany, Italy, and the UK. They were asked questions on the basis of which their interest and willingness to pay for an in-vehicle premium audio system was assessed. The survey also assessed the level of consumer brand perception for 20 premium audio brands. Almost 50 percent of the respondents in the United States were willing to pay USD 1,500 or less for premium audio as an option on their next vehicle purchase.

Other key findings detailed in the report are:

• Men had a higher preference for in-vehicle premium audio in the US than in Western Europe. In the case of women in the United States, interest among women in premium audio increased significantly from 2017 to 2018.
• The percentage of respondents who rated Bose as their most preferred option was at least 10 percent more than the brand that came second, in every country.
• Pioneer and Bang & Olufsen were two other brands which were named as key players in the premium audio segment in the countries which were evaluated.

Commenting on the results of the survey, Diane O’Neill, author of the report and Director UXIP said, “Bose maintained its dominance in premium audio brand perception, rated as the most-preferred brand in all five countries. In fact, preference for Bose increased in all countries from 2017 to 2018 after slipping from 2016 to 2017. Bose maintained a sizeable advantage in every country, being preferred by at least 10% more respondents than the brand in second place.

Chris Schreiner, Director, Syndicated Research UXIP added that though Bose continued to maintain its dominance, Sony was the most well-known brand in all countries. In fact Bose, Sony and either Pioneer or Bang & Olufsen, were the top three most-preferred premium brands in all countries evaluated.