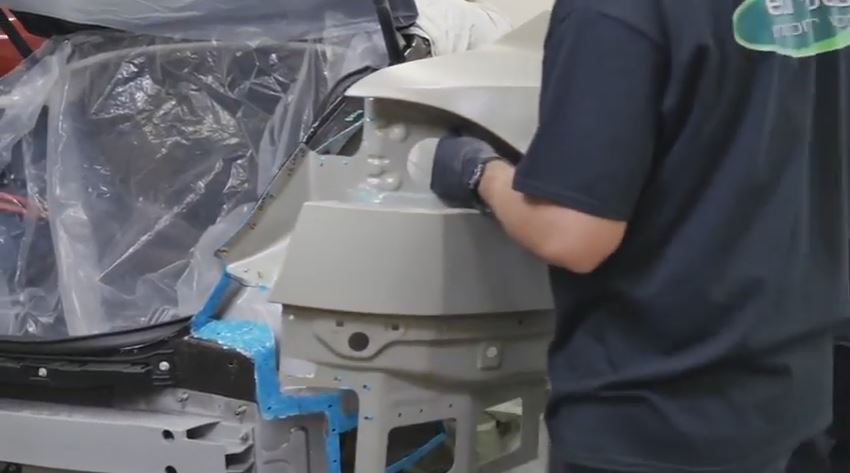 The Society of Collision Repair Specialists in the United States has launched a the first in a series of new educational videos. Auto body repair shops and garages can use these educational videos to update the knowledge of their staff, customers and of insurance companies.

The first such movie which deals with the use of adhesives in collision repair first was launched last week during the association’s open board meeting and has been uploaded on YouTube as well. The video was shot at the SEMA Garage. The key participants in the video are the SCRS Vice Chairman Kye Yeung (European Motor Car Works), board members Tim Ronak (AkzoNobel) and Michael Bradshaw (K&M Collision) and frequent contributor Toby Chess (Kent Automotive).

Speaking about the videos, Executive Director Aaron Schulenburg said that the organization had made videos covering four such topics during the shooting which took place last year. The remaining three videos will be released over the next three quarters.

The next video series that is likely to be launched will be a three-part series on MIG and MAG welding. In the summer, SCRS is planning to launch a film on diagnostics. The fourth film, which is likely to be a series, will focus on spot welding, according to Schulenburg.

The SCRS video on adhesives will definitely be a great resource for collision repair professionals. It clearly explains the why and how of structural adhesives and things that should be avoided while using them. The video can be shared easily as it can be embedded or linked to a shop website, in an email or can be shared through social media pages.