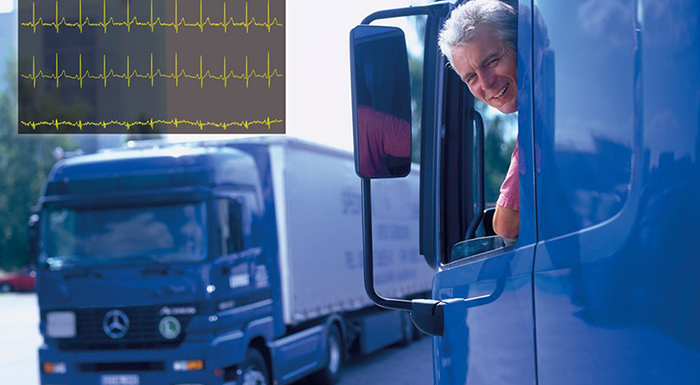 Just recently, a team of researchers at the Fraunhofer Institute for Photonic Microsystems (IPMS) has announced the development of an electrocardiogram (ECG) that operates from within the driver’s seat. The revolutionary device is claimed to monitor the heart rate of drivers and prevent accidents due to their incapacitation.

According to the scientists, apart from exhaustion, the leading accident-causing forms of sudden driver incapacitation are cardiovascular problems such as heart attack. The state-of-the-art seat they designed is aimed at preventing those types of accidents, when working together with automated vehicle emergency response technologies such as emergency-stop assistance and active braking systems.

Andreas Heinig, Project Leader at Fraunhofer IPMS, explained that the ECG in the seat works without direct contact with the driver’s body. The device comes with electrodes that can work through layers of clothing, which could offer a solution for long-term monitoring in other medical fields.

The technology integrates metal plates built into the seat, which work as a sort of receiver for the natural electromagnetic signals of the body. Even through multiple layers of clothing, the technology works well according to the Fraunhofer team. The challenge lies in distinguishing between the weak signals given off by the cardiovascular system and the more powerful signals created by friction and interference.

With a shield and electronic circuit, the stronger currents are prevented from getting to the circuit board that does the measuring, thus regulating voltage fluctuations before they enter the computer.

The research team said that while the technology mainly focuses on automotive applications, it has wide implications as it could be integrated into blankets, clothing, hospital beds and other items to offer non-invasive heart monitoring.

Ford worked on a similar technology four years ago, ultimately closing down its plans earlier this year due to the advent of simpler, more affordable systems on the market through fitness apps and smart watches.