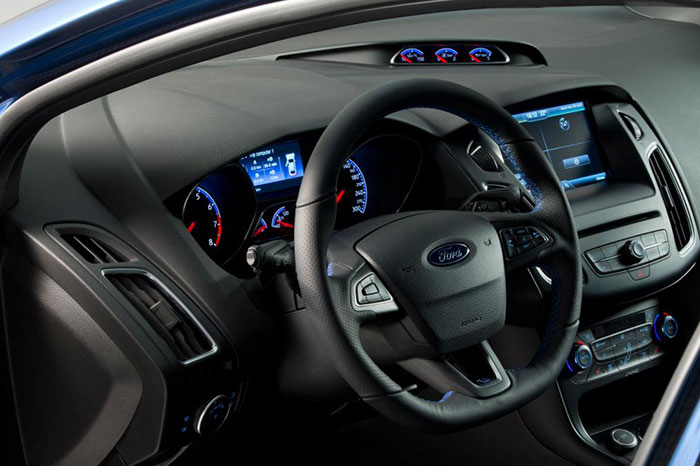 Stalling your car at a traffic signal is one of the most common mistakes that tend to cause a great deal of consternation among your fellow commuters. In a bumper-to-bumper gridlock situation, repeatedly stalling a car does negligible damage to a car. However, repeated stalling could be the precursor of premature wear on your vehicle’s clutch and drivetrain. America’s second largest automaker, Ford, are expected to introduce their revolutionary new stall recovery system on the 2016 hot hatchback that is designed to reset the vehicle’s clutch when the car stalls.

The stall recovery system will restart the car when the driver presses the clutch pedal after the vehicle stalls. Engaging the clutch reset does not require a driver to shift the gear lever into neutral in order to restart the car. Ford engineering manager Tyrone Johnson confirmed that the company was looking towards future technology and developed a system that establishes control over the stalling process when the car is started up. The system is an extension of existing start-stop technology.

Stall recovery technology is currently offered by several automakers—Porsche and Mini included. Ford’s foray into stall control technologies are based on traditional stop-start systems that rely on a starter control motor and its software that recognizes when a car comes to a stop and allows the car to be started without repositioning the gearshift or shifting to neutral. Automatic transmission may seem like the straightforward answer to preventing stalls; however, stall recovery remedies the problems that result from over-acceleration on low gears and premature clutch release—a common problem with new drivers. This makes Ford’s stall recovery system a valuable feature on car segments targeted at new drivers.

Other factors that may have influenced the auto giant’s decision to install the system on the Ford Focus RS is the car’s all-wheel-drive and the 23.2 psi twin turbo from its 2.3-liter patented EcoBoost engine that delivers 350 horsepower at over 6000 rpm. The car’s fully manual-only transmission makes it an ideal candidate for stalling. Without a stop-start mechanism, the gearshift would have to be returned to neutral, and the engine restarted with the clutch depressed. While stop-start systems automatically restart the engine after the gearshift is in neutral, the stall recovery system is able to restart the engine even before the car is in neutral at the touch of the clutch pedal. The system will be introduced with the Ford Focus but is expected to be mounted on all Ford models.