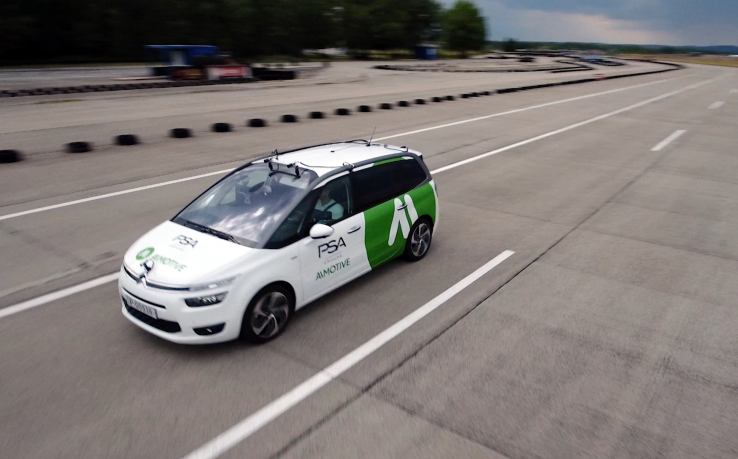 Leading automotive manufacturer Groupe PSA and the Hungarian developer AImotive have revealed that they have progressed to the second phase of their joint research into Level 4 autonomous-vehicle technology. They have now reached the stage of testing the capabilities of their self-driving technology at cruising speeds on French highways.

The two companies had completed the first stage of their research into level 4 automated driving back in May this year and used a specially equipped Citroen C4 Picasso to test out the self-driving technology without driver intervention at a proving ground in Hungary.

As part of the new testing protocol, cars will be taken to speeds of 81 mph (130 km/h) along 186 miles (300 km) of dedicated French highway sections before they undergo real-world testing as part of the third phase. As part of this testing stage, simulation software will be used to try out thousands of potential driving scenarios on true to life modeled highways with different weather, traffic and lighting conditions.

Carla Gohin, senior vice president and head of Innovation at PSA said that it is a priority for the company to test Artificial Intelligence for future Level 4 (mind off) and Level 5 (driverless) autonomous vehicles as in these scenarios, vehicles can complex driving situations like heavy urban traffic just like a human driver.

Gohin concluded, “The collaboration with AImotive gives us the opportunity to make these experimentations in real-life conditions.”