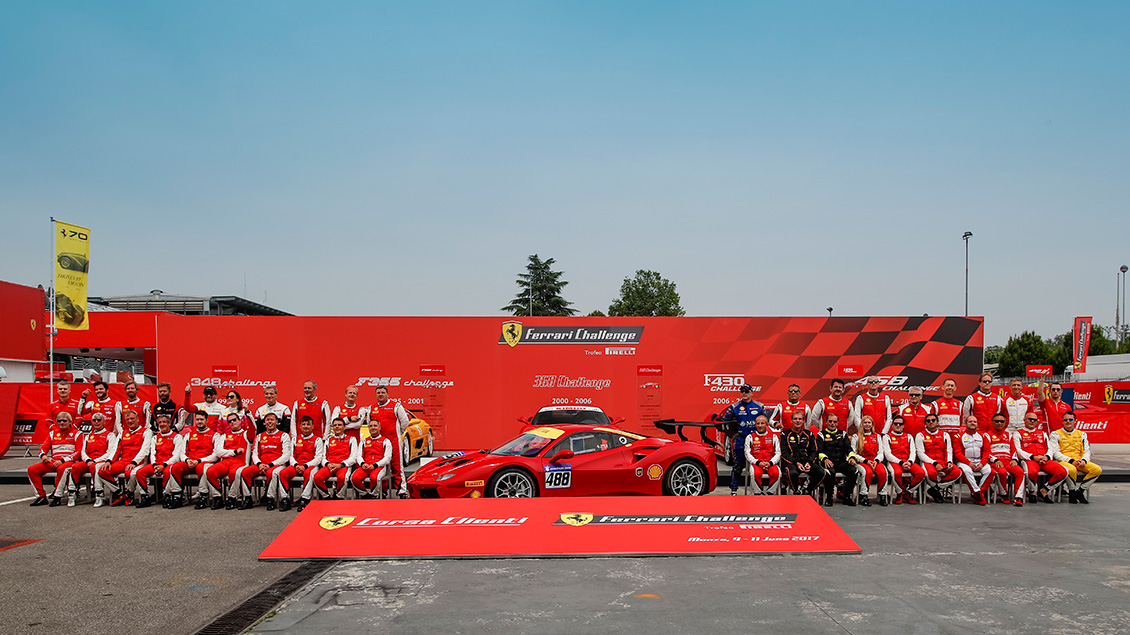 A Ferrari may come with a very steep price tag, but the waiting list to get a new Ferrari 488 is three years, according to the company’s chairman and CEO, Sergio Marchionne. The Italian manufacturer of striking supercars celebrated the company’s 70th anniversary in style with a gathering of 500 Ferraris in Milan on September 8. The celebrations then moved to Modena, the birthplace of the company’s founder, Enzo Ferrari before coming to a close with a gala party in Modena, where Ferrari has been producing cars from the Second World War era.

Ferrari was established when Enzo Ferrari, a motorsport enthusiast and racing driver, formed the “Scuderia Ferrari” (“Ferrari Stable”) in 1929 for tuning and fielding Alfa Romeo racing cars for competitions. The first Ferrari, the 125 S made its appearance in 1947. It was designed by Ferrari and made at the Maranello factory and was the first vehicle to bear the carmaker’s prancing horse logo, a black horse on a yellow background, which is bordered by the colors of the Italian flag. The powerful stallion was chosen in homage to Francesco Baracca, an Italian airforce ace who fought in the First World War and used to paint a prancing horse on the side of his planes. He considered it to be a symbol of good luck and he added the yellow color in the background to represent his home town of Modena.

The logo proved to be truly lucky for Ferrari as the Ferrari’s star rose in the world of sports cars. There is no letup in the demand for Ferraris though the minimum price for one would be at least AED 663,480 and a limited series edition Ferrari can cost over one million euros. In spite of the long waiting time, Ferrari continue to be highly popular and the Ferrari successfully split off from Fiat Chrysler (FCA) in 2015 and is now listed as a separate entity in the Milan and New York stock exchanges. The Ferrari IPO was highly successful.

Those who buy a Ferrari will have options for extensive personalisation and can opt for their own colors and materials when it comes to parts like seats, dashboards and wheels. Ferrari customers are always welcome at the factory and as long as it will not have any impact on the safety or engineering of a car, all requests for modification are accepted.

The most expensive car ever sold at an auction was a Ferrari, a 1957 Ferrari 335 S Scaglietti that went under the hammer for 32 million euros in 2016 in Paris.

When it comes to motorsports, Ferrari still reigns supreme. Ferrari was one of the first entrants in the Formula One World Championship. The team first tasted victory at Silverstone. After 68 seasons, Ferrari has an outstanding track record of 228 Grand Prix victories, 16 Most Constructors’ Championships and 15 Most Drivers’ Championships, more than any other racing team