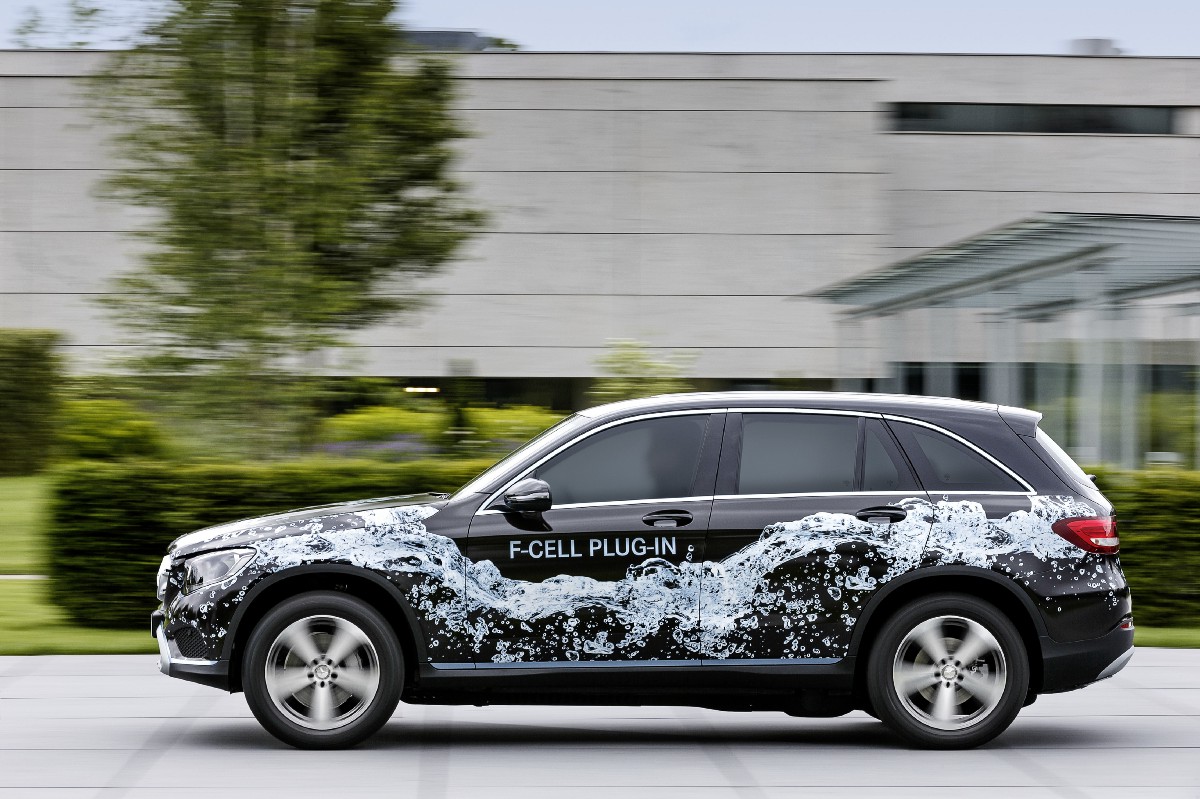 Mercedes-Benz is all set to unveil its first series-production plug-in fuel-cell model, the GLC F-Cell, at the Frankfurt Motor Show which is scheduled to be held next week.

After an extensive development program, the new dual-powered model will be available at the retail level in select markets in 2018.

The zero-emission GLC F-Cell’s fuel-cell stack was developed jointly by Ford and the parent company of Mercedes-Benz, Daimler as part of the Automotive Fuel Cell Cooperation (AFCC) joint venture, which is based in Vancouver, BC, Canada.

In the vehicle, upto 8.8 lbs. (4 kg) of hydrogen is stored at 10,150 psi (700 bar) in two carbon-fiber-encased tanks. These tanks are mounted within the GLC F-Cell’s floor and it is said that refilling can be completed in just three minutes. Mercedes-Benz has not disclosed further details about the output of the fuel-cell stack.

The automaker did confirm that in the vehicle, the hydrogen fuel-cell stack will work in tandem with a 9-kWh lithium-ion battery to provide motorists with an overall range of up to 310 miles (500 km), and of this 500 kilometers, it is said that about 50 kilometers will be derived from the electricity that is generated by the battery.

As in the case of the other gasoline-electric hybrids that Mercedes has made, the battery can be recharged by using an electrical outlet or through the energy obtained through braking and coasting.

Mercedes says that over 11 million miles (17.7 million kilometers) have been covered as part of testing during development of the GLC F-Cell. The new model will be available to retail customers.