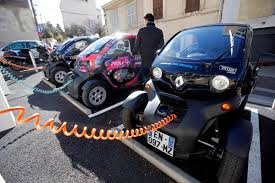 Panasonic, which serves as the exclusive supplier of battery cells to Tesla has announced that it would be working on cobalt-free batteries. The decision has been driven by a number of factors including expected shortages of the metal and rising prices. Cobalt is a key ingredient in the case of Lithium-ion batteries which are used in electrified vehicles.

Currently, Panasonic is working on the modification of contracts with clients for greater protection from the expected increase in cobalt prices in the future. The price of cobalt has increased several times in recent years and with most major automakers announcing plans to develop more electric models, it is expected that cobalt will become even more scarce in the future. Leading battery manufacturers are vying with each other to reduce the content of cobalt in batteries.
Kenji Tamura, head of automotive battery business at Panasonic, said in a meeting with analysts said that the company has already significantly reduced the usage of cobalt. Tamura said that the company is seeking to achieve zero usage in the near future.

In spite of such initiatives, analysts like Benchmark Mineral Intelligence, a price data analysis firm which specializes in lithium-ion batteries, project that the demand for cobalt will triple by 2026. Most automotive manufacturers use battery cells which use a nickel-manganese-cobalt cathode combination while Tesla uses a nickel-cobalt-aluminum formula.

In early May, Tesla had announced plans to reduce the concentration of cobalt in its batteries and had stated in a letter to shareholders that the company had managed to maintain superior thermal stability even while significantly reducing the cobalt content per battery pack while increasing nickel content. Panasonic exclusively supplies the batteries for Tesla’s Model 3 which had achieved a record number of pre-orders and makes the cells for Tesla at their joint Gigafactory battery plant in Nevada.